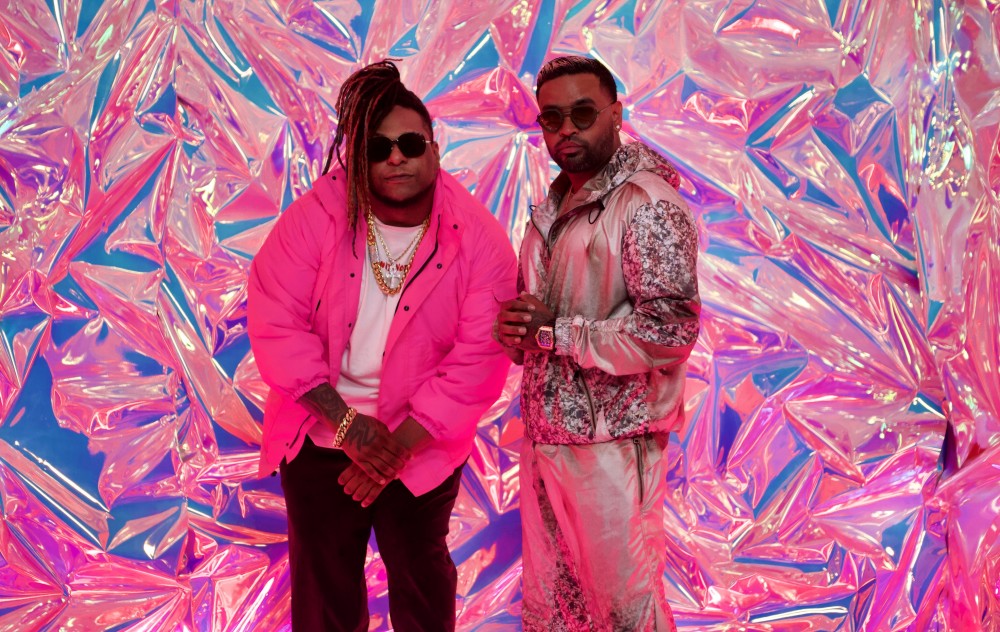 Reggaeton icons come and go, but few have endured for as long as Zion & Lennox. Hailing from Carolina, Puerto Rico, the two vocalists first melded their minds (and voices) 20 years ago — then made waves with their 2004 debut, Motivando a la Yal, or Motivating the Girl.

With the power of Zion’s melodious soprano and Lennox’s sturdy baritone, the duo became one of the genre’s most recognizable and sought-after acts; they’ve appeared on hit songs by Enrique Iglesias, Daddy Yankee and J Balvin. They’ve also raked in seven ASCAP Awards for their songs, most of which they’ve written themselves.

“Ever since we recorded the first song in the studio with [Trebol Clan’s] DJ Joe,” Lennox says, “we noticed that our voices made very good chemistry.”

Zion adds: “I knew that we would be a duo… I knew we would be doing some interesting and special music for decades. And 20 years later, we’re still popping. It was the best choice I ever made in my life.”

In their bouncy new track “Mujer Satisfecha,” Zion & Lennox outline, in generous detail, the benefits of keeping a lady satisfied in the bedroom. Written by Lennox and Jorge Milano, the Dimelo Flow-produced track is a hot-and-heavy throwback to the days before they broke into the Latin pop mainstream. Zion sings, “How delicious it is to taste you/I don’t forget your taste.” Lennox, however, puts it more bluntly: “Lo que haces con tu boca me paraliza,” he bellows, which is to say, “What you do with your mouth paralyzes me.”

Zion & Lennox plan to release an album later in 2020 in celebration of their two decades of international success. Although the ongoing COVID-19 crisis forced them to postpone their first-ever U.S. headlining tour, the two will bounce back with new dates soon.

“Don’t get tired of us,” Zion says. “We’ll still bring that original flow to your speakers for years to come.”