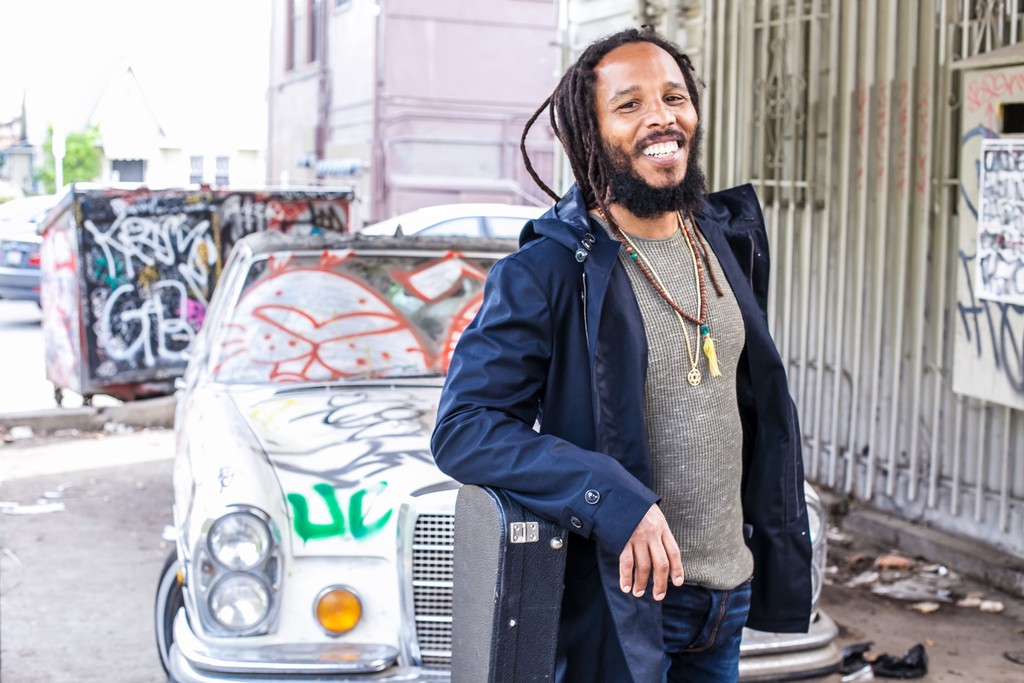 No more long talking from politicians. Today, the people have their say at the ballot box. Judging by the number of voters who showed up early this year, the 2020 election is going to smash all records for voter participation. With a deadly pandemic, wildfires, floods, economic pressure, and a struggle for survival playing out from the tweets to the streets, the stakes have never been higher.

If you’re reading this right now and you haven’t voted yet, it’s not too late. Get up get out and let your voice be heard. As Samantha Smith recently discussed on her IG Live, this year’s election is too important to sit out.

Snoop Dogg will be voting for the first time this year—and he’s not the only one. Ziggy Marley voted for the first time this year also and documented the process on social media. “I decided to vote and I wondered to myself why,” Ziggy wrote on his IG. “Then I thought about those who came before, the price they paid. In part, I am voting in honor of them and to honor them, to not belittle their many sacrifices and struggles with my high jaded righteousness and indifference. Many brothers and sisters from numerous backgrounds and origins marched, bled, and died to give people like me basic rights in 🇺🇸 , the right to be treated like a human being, the right to vote.”

As the eldest son of the Robert Nesta Marley aka the King of Reggae, Ziggy is part of a mighty musical legacy, but his father is more than a musical legend.  The new film Freedom Fighter—part of the 75th anniversary series “Bob Marley Legacy“—examines Marley as a symbol of human rights with a voice more powerful than any politician.

Ziggy has continued his father’s musical mission as a solo artist and part of the Grammy-winning family group Melody Makers. His 2018 album, Rebellion Rises opens with a song entitled “See Them Fake Leaders,” leaving no doubt about his views on the institutions of government. Still, Ziggy remains engaged in the political process, doing his part and encouraging others to do the same.

“Imagine if Martin Luther King Jr, John Lewis, and others thought, ‘Voting rights? Civil rights? Who cares? What difference will it make?'” Ziggy wrote on IG. “Just imagine what the world would have looked like now if not for their sacrifices. Go ahead, imagine it. Can you see it? Well, what do you think?”

“To be clear voting is not the end-all,” Ziggy Marley added. “It is a small piece of a puzzle and just one of the tools in our toolbox that we must use as part of a larger effort to bring positive beneficial changes for all people. The work must continue at maximum effort after elections regardless of the outcome.” Ziggy emphasized that he was not voting for a party or a person for an idea. “Even though we have differences we can be better human beings, more united human beings, more loving human beings, equal human beings, just human beings. The politics will come and go left right and center but still through it all the humanity that we must show to each other is not negotiable.”

Ziggy voted by mail this year, but for those of you standing in line today to exercise your right and let your voices be heard, Ziggy curated a special playlist for Tidal’s “Hold The Line” campaign. Music to vote by—from Ziggy and Bob to Fela and James Brown, not to mention Public Enemy and Rage Against The Machine.