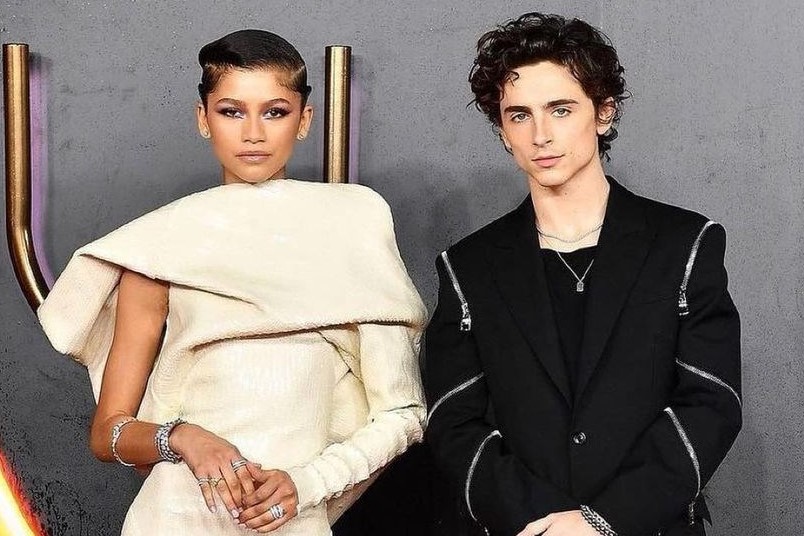 From a side-pouting Disney tween in fingerless gloves and denim pedal pushers, to a bonafide fashion force decked in custom, red carpet couture, the past few years have been witness to a conscientious image overhaul for Zendaya. Last month, under the guidance of Hollywood stylist Law Roach, the actor made headlines at the Venice Film Festival, not only for her cinema, but for stepping out in bespoke Valentino, Alaïa, and Balmain creations. And just last night, the 25-year-old flexed her sartorial prowess, turning up to the London premiere of Dune in a structured, cream-sequined, extraterrestrial monarch gown by Rick Owens.

Already an ambassador for Bulgari, Lancôme, and Valentino, Zendaya’s fashion fluency was formally recognised today when it was revealed that she would receive the CFDA’s Icon award in November. On making the announcement, the US equivalent of the British Fashion Council cited the actor’s contributions to the industry, which technically go back to 2013, when she launched Daya – a gender-fluid, full-size range of clothing. Since then, she has supported emerging designers (see Nensi Dojaka) and established labels alike, working with American stalwarts like Tommy Hilfiger, with whom she staged concurrent fashion shows in Paris and Harlem in 2019.

Though she is barely above drinking age in the US, traditional milestones are but vague concepts to Zendaya, who became the youngest actor to score an Emmy for Lead Actress. Now, she follows in the footsteps of Naomi Campbell, Beyoncé, Lady Gaga, Pharrell Williams, Rihanna, and Jennifer Lopez, who have all taken home the Fashion Icon award. The CFDA also confirmed that Anya Taylor-Joy, of The Queen’s Gambit, will be the debut recipient of the ceremony’s Face of the Year prize – for having a good face – while the Model Alliance will take home the Positive Influence award.

The CFDA Fashion Awards take place in New York on November 10. Beyond the Tom Ford breastplates and overtures to 00s Beyoncé, check out Zendaya’s Venice looks for a round-up of some of her best fashion moments so far.