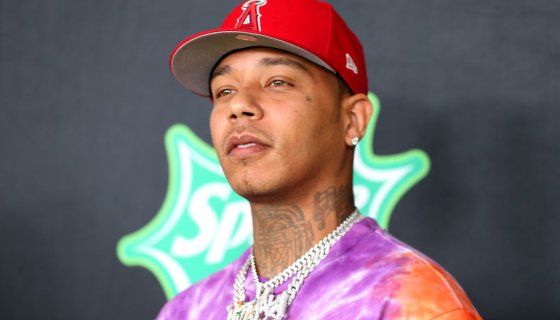 Former star , who’s also known as Hitmaka, is currently under police investigation after being accused of pistol-whipping his girlfriend over the weekend.

According to The Blast, the LAPD is currently investigating after his girlfriend accused him of pistol-whipping her, resulting in her being hospitalized with a broken nose.

Police reports of the incident were obtained by the site indicate that , whose real name is Christian Ward, and his girlfriend “became involved in a verbal dispute.” During this dispute, Ward is accused of pistol-whipping his partner at a “private residence” multiple times which resulted in “verifiable injuries” at roughly 5:00 a.m.

The alleged victim was hospitalized later on that day and was given treatment at L.A.’s Cedars Sinai Hospital. There she was diagnosed with a “closed head injury, closed fracture of the nasal bone, and facial lacerations”; which led to the unidentified woman needing stitches on the side of her head and having a broken nose. The hospital records state the injuries stemmed from an “assault.”

An emergency protective order has been issued that prevents Hitmaka from coming within 100 yards of the injured party. He’s also not allowed to contact her in any way. That order will expire by Friday, March 20 and will need to be refiled if she wishes for the order to continue.

As of press time, there was no word whether L.A. prosecutors were pursuing criminal charges, we will continue to update as the story develops.