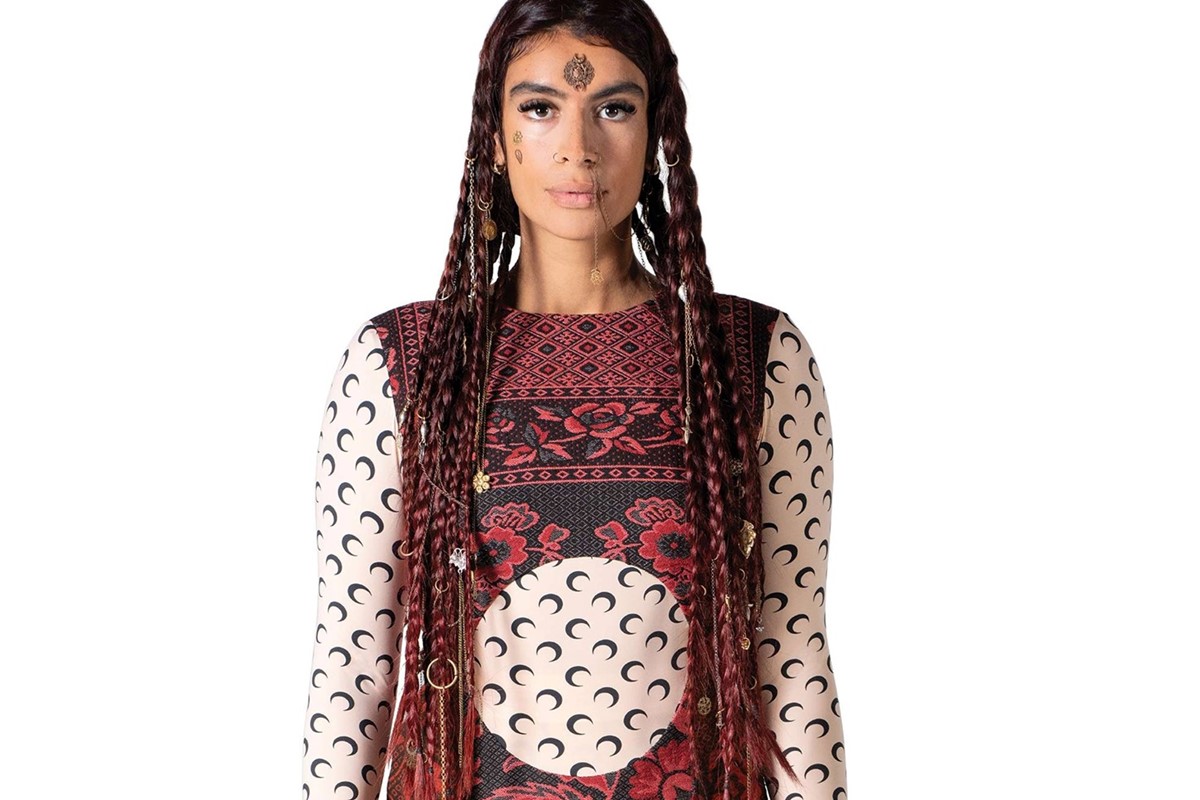 Spoiler: there’s as much to see as ever

Paris Fashion Week is upon us once more, and while it might look extremely different this season, there’s still plenty to see. From Marine Serre’s vision of the future and Wales Bonner’s celebration of Jamaica’s blossoming dancehall scene circa the mid-1980s, to Kenzo’s chic beekeepers and Acne Studios’ dive into the supernatural c/o artist Ben Quinn, we’ve put together a rolling list of everything going down at PFW SS21. Make sure to check back for more from Rick Owens, Maison Margiela, Y/Project, and Givenchy in the coming days.

Not entirely convinced Marine Serre can’t see into the future tbh, given she’s been creating clothes for the predicament we’re currently in since she landed on the fashion scene – and for SS21, in a new short film entitled AMOR FATI, the Parisian designer offers up more of the same. Led by iconic musician Sevdaliza, who shows up in a fully protective hood with perspex face guard (before transitioning into a utilitarian second-skin harnessed look that wouldn’t look out of place on a particularly chic Resident Evil character), the short follows a mysterious figure as they progress from lab experiment to fully signed-up member of Serre’s clan. Unsurprisingly, crescent moon-covered bodysuits, balaclavas, and capes feature heavily alongside deconstructed tailoring, statement pieces crafted from carpet offcuts, and a couple of trippy looks indebted to Gaultier’s 1995 cyber collection.

After taking over a community hall to celebrate the Caribbean community of South London for AW20, Grace Wales Bonner was back with part two of a triptych of three collections this season. With Lovers Rock rooted in the 70s, SS21 collection Essence picked up in the 80s, drawing inspiration from the burgeoning dancehall scene and cult Jamaican crime movie The Harder They Come (which is credited with bringing ‘reggae to the world’ FYI). Introduced by way of beautiful short film Thinkin Home, the London designer’s signature refined tailoring is juxtaposed against sporty shorts and collaborative adidas tracksuits in jewel tones, cute crochet tunics, and knitted sweater vests and cardigans.

Where Nicolas Cage may have memorably screamed “NOT THE BEES” circa his appearance in 2006’s brilliantly shit remake of The Wickerman, Kenzo creative director Felipe Oliveira Baptista seemingly has a slightly differing opinion – debuting a series of chic beekeeper-esque looks for SS21. Drawing inspiration from 2019 doc Honeyland, which tells the story of a Macedonian beekeeper who watches as the neighbours from hell decimate her bees’ resources and (spoiler!) end up killing them, the protective headgear – ideal for running the gauntlet that is the Tesco snack aisle circa 2020 – was paired with summer dresses bearing archival florals, delicate lace coats, louche, layered tailoring, deconstructed knitted playsuits, and more.

Like countless other creatives debuting new collections in these UnPrECEdEnTEd TiMeS, Maria Grazia Chiuri was considering ‘the new normal’ when it came to her SS21 collection for Dior. Taking heavy structuring out of the equation by dismantling the label’s signature tailoring and turning it into louche, comfortable wrap-around jackets and flower-embellished housecoats, also on the line-up were diaphanous, flowing gowns overlaid with the kind of dip-dyed hoodies you’d find being peddled at Glastonbury, updated with the house’s logo to the chest. Sending her new offering down the runway at a socially-distanced show held in a church, sound designer Michel Gaubert enlisted a choir called Roseblood to sing a mesmerising if slightly jarring 19th century song about the freedom offered to them after their husbands are sent to prison. So there you go.

Debuting a digital show in which models made their way through a stripped-back, minimalist space, Jonny Johansson’s latest Acne Studios collection was all about ‘optimism, positivity, and light’. In a largely muted palette of pinks, beiges, and nudes, punctuated with bolder flashes of oxblood red and juicy oranges and lemons, the label’s SS21 collection was made up of ecclesiastical, WFH-appropriate gowns and billowing floor-length skirts, chiffon and mesh dresses overlaid with pearlised or iridescent panelled tunics, distressed knitted two-pieces incorporating cropped tops with trailing sleeves and wide flares, and a series of the oversized tailored blazers Acne made its name on. Aptly, given today marks the first day of ‘Spooky Season’ and the lead up to the best day of the year (do not @ me), there was also a collab with Los Angeles-based artist Ben Quinn, whose work draws inspiration from his experiences of the supernatural – as seen via patchwork printed panels across dresses and cotton voile tops. V into it tbh.

Where Raf Simons took almost 30 years to launch a women’s line, one designer was a little quicker off the mark. Step in Boramy Viguier, who utilised his time in lockdown to instate a new arm of his namesake label. With his esoteric menswear collections built on utilitarian garments and silhouettes infused with spiritual iconography and details (see: sweatshirts bearing pockets for your tarot cards), the designer’s adventure into womenswear sees him debut bulky Berghain-appropriate bomber jackets, long tailored coats with exaggerated shoulders, and a series of slick raincoats layered over fitted leather waistcoats, floral dresses, and oversized hoodies bearing mystical imagery. Naturally, the whole thing was launched via a trippy, tongue-in-cheek film also made in quarantine.

As longtime purveyors of sexy, sci-fi clothing designed for the impending apocalypse, Ottolinger’s Cosima Gadient and Christa Bösch were surely in their element this season. Working from their Berlin studio during lockdown, the pair put together a collection made up of the label’s signatures – think tight mesh cropped-top and flared trouser sets, cut-out floor length dresses and tunics, and dynamic tailoring designed to allow its wearer to put their own stamp on it depending on how they feel on any given day. Debuted via a short, AR-heavy video, particularly great was this season’s casting, with Gadient and Bösch enlisting a brilliantly diverse line-up of models of all different sizes to shimmy into their SS21 offering: long may it continue.

Drawing inspiration from the IRL female spies that worked for the South African government during the country’s apartheid era, Thebe Magugu debuted his latest collection via a short, surveillance-style film styled by Ib Kamara and shot by Kristin-Lee Moolman. If you’re thinking spy-wear equates to the kind of clothing that allows its wearer to blend into the background, however, you’d be wrong. With the designer citing the idea of hiding in plain sight as something on his mind when he was putting it together circa lockdown, the line-up features mid-length dresses with polka dots which, on closer inspection, reveal themselves to be fingerprints, raincoats bearing polygraph prints, and a series of jewel-hued tailored jackets, trousers, and shorts overlaid with harnesses and sashes.