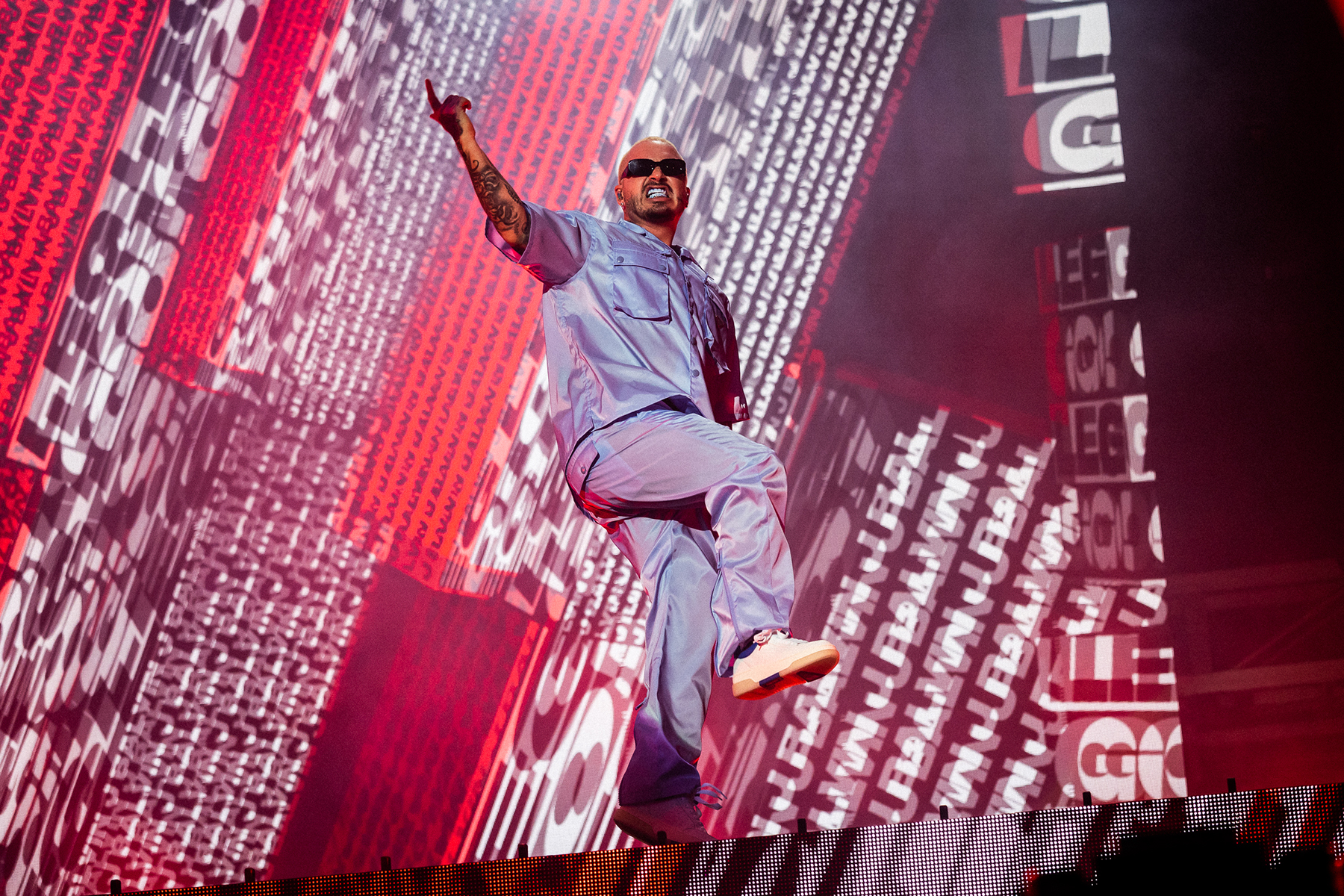 A few hours after the Latin Grammy nominations were announced on Tuesday, J Balvin resurrected an argument that he’s been making for a few years now: Reggaeton acts are often asked to perform at the awards ceremony, perhaps to boost the telecast’s ratings, but they aren’t always recognized by the Academy in major categories. “The Grammys don’t value us, but they need us,” he tweeted in Spanish on Tuesday. “That’s my opinion and it’s nothing against other genres because they deserve all the respect — but the trick is getting old. We give them ratings but they don’t give us respect. (Ps. I’m nominated so don’t come at me saying I’m hurt.)” A little while later, he urged reggaeton acts to boycott this year’s ceremony: “Everyone who has power in the genre SHOULD NEVER GO! Which is to say all of us because we are a movement.”

The World Is Finally Catching Up to Jhay Cortez

The United States of Weed

Balvin has spearheaded calls for more reggaeton representation at the Latin Grammys before. In 2019, when the nominations included few names from the genre, he posted an image of a crossed-out gramophone with the caption, “Sin reggaeton, hay no Latin Grammy.” (“Without reggaeton, there are no Latin Grammys.”) Back then, he was met with support from Daddy Yankee, Karol G, Maluma, and other stars; eventually, the Academy seemingly responded by adding categories for “Best Reggaeton Performance” and “Best Rap/Hip-Hop Song” in 2020.

This year, however, Balvin’s calls for a boycott drew the ire of other artists — particularly rappers and reggaeton acts. Many of them appeared to see Balvin’s critique as petulant complaining, and seemed to feel that he was ignoring the artists who have been nominated over the years. Yotuel, one of the collaborators behind the Song of the Year contender “Patria Y Vida,” reminded Balvin that his Grammy-nominated Afro-Cuban hip hop group Orishas had helped lay a foundation for today’s reggaeton acts. Yotuel also took issue with Balvin’s reference to “everyone who has power in the genre.” “What’s being a powerful urban artist? Having [YouTube] views?” he asked. (Later, he posted a video saying he and Balvin had talked and sorted things out.) Li Saumet from Bomba Estereo directed her own message at Balvin, pointing out that the 82-year-old artist Petrona Martinez had been nominated. (Martinez is up for Best Folk Album for her stunning project Ancestras, which brings together 14 women of African descent.)

But the sharpest criticism came from Residente, the Puerto Rican rapper from Calle 13, who has the most Latin Grammys in history. In an Instagram video in Spanish, he tore into Balvin’s comments. “I’m lost, Jose. If the Grammys don’t value us, why do I have 31?” he said before listing the artists who are nominated this year, including Bad Bunny, Rauw Alejandro, Ozuna, Myke Towers, and Yotuel. “Are you really telling Myke Towers that it’s possibly his first time nominated and he shouldn’t go to the Grammys?” He also pointed out that a boycott was particularly disrespectful to the salsa legend Ruben Blades, who is being honored as the Latin Grammys’ Person Of The Year.

The part that caught the most attention — and launched a dozen memes — happened when Residente went after Balvin’s music, which he compared to cheaply available fast food. “You have to understand, Jose, it’s like if a little hot dog cart got bothered and pissed off because it can’t win a Michelin star. Don’t misunderstand me, Jose — everyone likes hot dogs,” he said with mock patience. “But I’ll explain it to you so you get it: Your music is like a little hot dog cart that a lot of people might like — almost the whole world. But when those people want to eat well, they go to a restaurant, and that restaurant is what wins the Michelin stars.”

He continued, “So, if you want to get nominated, you have to stop making hot dogs and open a restaurant. Or just make a really good hot dog, with Kobe beef, I don’t know, or really good bread.” He then suggested Balvin work on writing his own songs.

Twitter being what it is, people took the hot dog idea and ran with it.

Balvin, meanwhile, responded to Residente by commenting simply, “I respect your opinion,” bookending the comment with two prayer hand emojis. He seemed to poke fun at the whole thing by posting two Instagram photos of himself by a hot dog cart to promote the remix for Sech’s “Sal Y Perrea,” which he appears on alongside Daddy Yankee. He did, however, delete his Latin Grammy tweets.