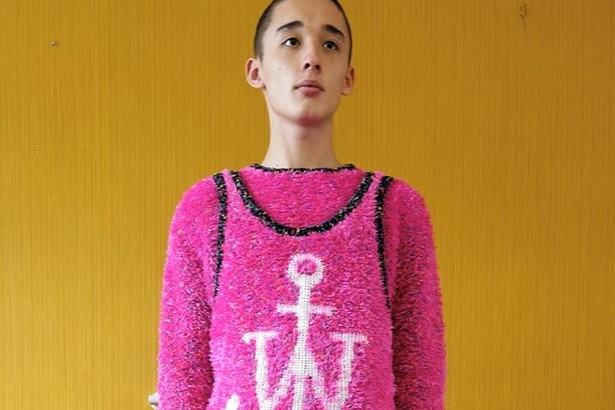 From Louis Vuitton and Rick Owens, to GmbH, Y/Project, and Wales Bonner – these are the shows you won’t want to miss

Salut! We’re coming at you live and direct from, well, not Paris, unfortunately. The vast majority of the city’s designers are still contending with social distancing measures – honestly one more season of this and I’m an anti-masker (joking!) – but the final pit stop of this menswear’s SS22 outing is set to be a stonker, regardless. Beaming in through the medium of film, lookbook, and livestream are the likes of Louis Vuitton, Rick Owens, GmbH, and Y/Project.

Right now, ateliers up and down the capital are in the throes of a last minute fashion flurry – ribbons of fabric and thread flailing about as designers look on disapprovingly, massaging their temples and sucking the ember out of a cigarette. Oh, wait, that’s the plot of Cruella, sorry – more likely that Paris’ IT teams are just trying to get their brands’ presentations to upload. With that in mind, here’s our rolling round up of everything you need to see from this week’s shows.

Were All Saints, of “Never Ever” fame, big in France? Between a house party of euphoric models and the catharsis of a closing thunderstorm, Lanvin’s SS22 presentation was like the final scene of 2000s coming of age film, soundtracked by the British band’s seminal “Pure Shores”. Much like last season, which was an ode to Gwen Stefani’s “Rich Girl”, Lanvin was huffing on the sweet smell of nostalgia this time around, too. And this was, of course, reflected in the clothes – a 00s hodge-podge of silky butterfly print slips, hawaiian shirts, second-skin bodysuits, and boucle miniskirts.

Dubbed Volta Jazz, Wales Bonner’s SS22 collection is indebted to the West African tradition of studio portraiture, in particular the work of Sanlé Sory during the 70s, whose subjects were often depicted mid-revelry, while Burkinabé music pounded in the background. As such, there is a sense of jubilation to Bonner’s clothing, meaning the designer’s trademark minimalism comes in a little looser – tailored pieces like cargo pants and wide-leg suit trousers have been cut with slightly more generous proportions, while poplin dashikis hang feather-light on the body. Bonner’s usual commitment to craft comes through, too, across leather jackets which have been hand-embroidered and a host of textiles, handwoven by Burkinabé artisans.

In a Juergen Teller-lensed lookbook JW Anderson revealed both its men’s Spring and women’s Resort collection this week. Arriving on editors’ doorsteps in musty school photo-style frames, it was clear that Jonathon Anderson has spent the past few months plundering his past for all those familiar – but not necessarily glam – elements of a regular, British, suburban upbringing. There were garish windbreakers, fuzzy, swamping knits, and plenty of oversized hoodies, most of which had been emblazoned with giant strawberries. These pieces, which were inspired by Anderson’s teenage TK Maxx wardrobe, were almost always styled with knee-length socks, sliders, and dodgy gym shorts – looks which spoke to the sexual awkwardness of adolescence and that of our collective re-emergence post-pandemic.