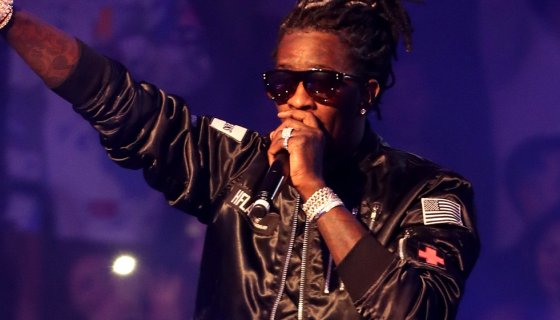 Lately ‘s been the topic of discussion mostly due in part to his weird and outta left field feud with French Montana but now people are speaking on Young Thug almost losing his life to health issues he’s experienced in the past.

Yesterday (April 29), Thugger took some time to do a virtual music livestream with Offset for his Offset and Friends show and during the chit-chat the ATLien revealed that he almost lost his life due to his liver and kidney struggling to work properly.

“So, I kinda just stayed in the bed and I was like, ‘Yo call the ambulance. Uh, I can’t move my body.’ Then later when the ambulance came, I couldn’t get out of the bed. They had to get me out of the bed basically. I felt like my whole body was numb and I couldn’t move. I went to the hospital and I had found out that I had liver and kidney failure.”

Whoa! Young Thug’s substance use has been well documented both in his music and in his , so that’s no surprise. Still, it’s a harrowing situation whenever your life choices catch up with your health as Thugger found out the hard way.

After going into a acoustic performance of “Killed Before,” Thugger ended things on a positive note stating “Drugs aren’t good. Don’t do drugs.”

Is he following his own advice though? We hope for his sake he is.

Young Thug details the time he almost passed away from liver and kidney failure 🙏 pic.twitter.com/2lxr76wzXU