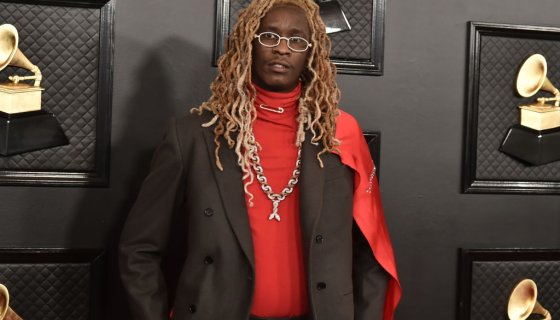 is back in the hospital.

On Thursday (Jan. 30) took to Instagram to post another cryptic black and white photo letting fans know that he was back in the hospital.

The picture, which was posted to his Instastory, didn’t reveal any specific details but it showed Young Thug’s hand with a hospital bracelet on and an IV tube attached to his arm. He also has metal splints on his fingers, although there’s no specific indication of what happened to his hand or if this was his only injury.

This isn’t the first time that Young Thug has posted similar photos to announce a visit to the hospital. Back in September of 2019, Thugger posted a similar mysterious photo of himself pierced with an IV with no explanation for what exactly happened to land him in the hospital. Although the reasons were also unknown then, Young Thug did include a caption referencing his single’s, writing, “I think it’s cause I’m still #1.”

Young Thug ultimately revealed that he underwent surgery and was doing fine, but did not disclose the specific cause or reason.

As of press time, Young Thug hasn’t released any further information about his hospitalization, including how long (if any time at all) that he has to stay.

We will keep you updated as the story develops.