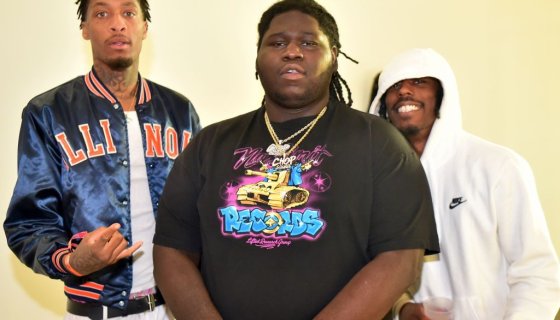 With the situation taking greater hold nationwide, the frustration is manifesting itself in the form of social media beef. , apparently fed up with his four walls, let the chopper spray verbally on Jay-Z, Diddy, Meek Mill, and even Spike Lee among others.

The outspoken Chicago producer took to Instagram and threw the first of his shots towards 21 Savage, calling him a “hoe” in the process. Chop then slammed Jeezy with the same “hoe” comment after posting an image. He did, however, shower Pimp C with praise ahead of taking a shot at T.I. A strong salute was sent to BMF boss Big Meech, which was followed by a “f*ck his life” dagger at Jay-Z.

Chop once again saved some love for 50 Cent before turning his heel act onto Diddy and Meek Mill. Curiously, Spike Lee caught some strays over claims he underpaid the producer for a track. Chop then took it to Twitter and rained down more shots on Meek Mill, claiming that he slept with someone he dealt with.

“On some real sh*t @MeekMill mad cuz his b*tch suck my d*ck on my mother that’s why he mad at me and it’s wasn’t Nicki Minaj,” Chop tweeted.

Chop did get some responses from folks he questioned, such as Meek Mill who tweeted, “It’s obvious chop having some mental issues… y’all be gassing stuff so much y’all just gone ignore it! I been getting beats from him for years hope he get well.”