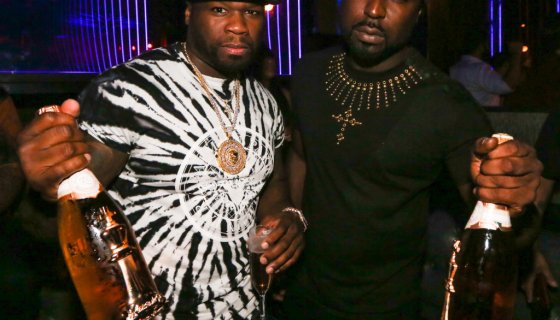 Looks like won’t be on ‘s “” roll call after the former member filed for bankruptcy.

According to AllHipHop, Young Buck, who has been sitting behind bars at due to an outstanding child abandonment warrant, officially filed for bankruptcy back in January to avoid paying the money that he owes to him and his G-Unit label. Court document shows that Buck listed his main creditors as the mothers of his six kids, the Georgia Department of Human Services and the IRS. Court documents also state that Buck is also asking to “reject any and all executory contracts with G-Unit and/or Curtis Jackson,” citing G-Unit as his only employer for the last seven years.

The latest filing is sure to add fuel to ongoing beef between the two former friends and business colleagues. Last May, 50 blocked the release of Buck’s “Road Trip” video with a copyright claim, and the bad blood between the two rap vets quickly escalated; resulting in Buck firing off two diss tracks aimed at his former CEO — “The Story Of Foofy” and “Foofy”–both of which have since been removed from YouTube.

Despite 50 Cent’s proclamation of turning over a new leaf the G-Unit head honcho did take a moment to take a shot at his friend to turned adversary earlier this month with his Instagram post regarding the Gay Pride Parade–taking a jab at .