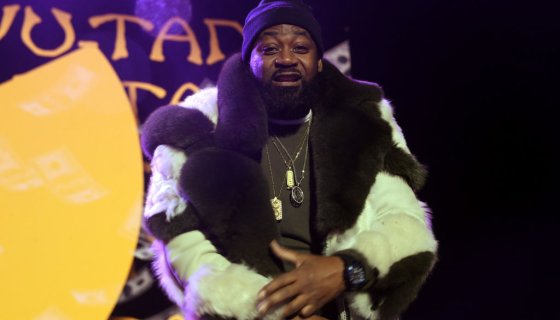 February on the east coast, especially north of the Carolinas, places a familiar winter chill over the cities and towns that make up the region. A common theme of the lower temps is music that fits the barren trees and concrete backdrops, and ‘s sublime album Supreme Clientele, celebrating its 20th anniversary today, embodies the best of that audio tradition.

With the turn of the century, the became a household name and a steady string of solo releases from the founding members set in motion the crew’s dominance within the culture. Method Man’s November 1994 debut album Tical, Ol’ Dirty Bastard’s March 1995 debut Return To The 36 Chambers, Raekwon’s August 1995 debut Only Built 4 Cuban Linx, and GZA’s November 1995 second album, his first under the Wu-Tang banner, Liquid Swords, all cemented RZA as the visionary of the sprawling collective.

In October 1996, Ghostface Killah’s debut Ironman gave way to the manic and impassioned delivery of the once-mysterious swordsman, with plenty of assistance from his brethren in Raekwon, Cappadonna, and RZA’s guiding hand on production. And 1997’s Wu-Tang Forever double-disc featuring the entire Clan along with other releases from U-God, Sunz Of Man, Killah Priest, Killarmy and other We affiliates ended out the decade.

Supreme Clientele was a welcomed shift in sound from Ironman and highlighted other producers aside from the RZA, who still oversaw the project’s sonic direction and produced around half of the songs. The end result of the project was more lyrically dense than Ghostface’s previous efforts. And while GFK’s freewheeling style was refined, there was also a tangible level of renewed hunger present in his verses along with sprinklings of street tales, fly imagery, and Five Percent Nation teachings.

Consider the opening track “Nutmeg,” and the stream of consciousness displayed throughout:

Bout it, bout it, Lord forgive me, Ms. Sally shouted

Tracey got shot in the face, my house was overcrowded

On how I sh*tted on your turf that time, Cuban Link verse yo

Face to the box, I seen your ear twitching

As soon as I drove off, Cap’ came to me with three sawed-offs

Give one to Rae’, let’s season they broth

This was followed by the word wizardry of the following track “One” which featured more of Ghost’s random stylings:

Ayo, we at the weed gate, waiting for jake

Pull out this kite from this white b*tch

Talking ’bout, “Dear Ghost, you the only n*gga I know

Like when the cops come, you never hide your toast”

Past tense placed in gold caskets

Rhymes is made of garlic, never in the target when the NARCs hit

On the dancefloor, makeover’s free followed by gauze

Trauma, hands is like candy canes, lay my balls on ice

The branches in my weed be the vein

Swimsuit issue, darts sent truly from the heart, boo, I miss you

There isn’t much of a narrative present across Supreme Clientele, although Ghost’s penchant for storytelling was on display on tracks like “Saturday Nite” and “Child’s Play” but for the most part, it was just darts upon darts.

Two strong posse cuts, “Buck 50” featuring Redman and Wu members Method Man and Cappadona, and “Wu Banga 101” with GZA, Cappadonna, Masta Killah, and Raekwon are notable for their potency. The late Lord Superb also shined brightly on the tracks “Ghost Deini” and “We Made It” while “Cherchez La Ghost” became an unexpected club hit with U-God on the assist.

Ghostface’s momentum continued in the following year with his album Bulletproof Wallets ahead of moving to Def Jam Records in 2004 with the release of The Pretty Toney Album. Ghost is still going as he approaches his 50th birthday this coming May, this after dropping Ghostface Killahs last year.

The high quality of Supreme Clientele has allowed it to retain its influence over the past two decades as it inspired the current generation’s leaders of the underground in Griselda, with Westside Gunn naming his second studio album Supreme Blientele in tribute.

Ask any Wu-Tang Clan fan and they’ll rattle off their picks for the best of the crew’s best material, but a significant portion of that group will undoubtedly name Supreme Clientele as their favorite for good reason. From start to finish, Toney Starks’ microphone prowess and passion are undeniable and, for many listeners, it remains his crown jewel. You nice, lord, indeed.

Take a listen to the classic Supreme Clientele below.