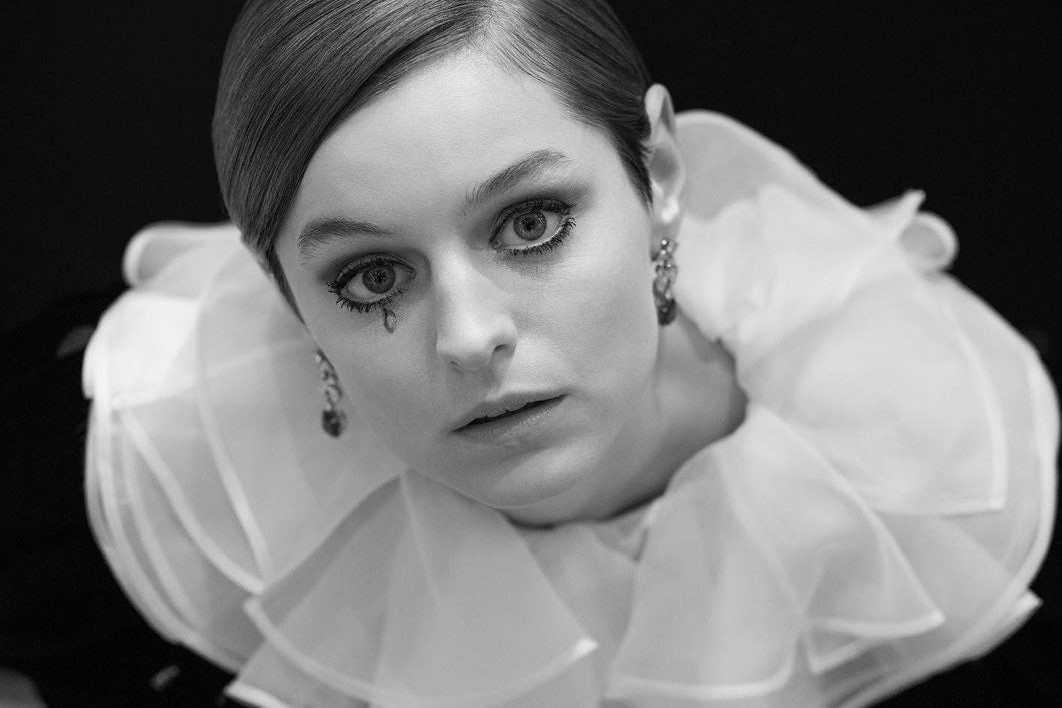 With a little help from stylist and collaborator Harry Lambert, Emma Corrin has served us two of the most memorable looks of awards season so far. First, there was the Pierrot-inspired Miu Miu gown, which she wore to accept her accolade for best actress at the Golden Globes ceremony, and then came the jewel-fanned Schiaparelli number seen at the Critics Choice Awards.

Now, The Crown star has announced that she will be raffling her bespoke Miu Miu confection in aid of The Survivors Trust, a UK charity that supports survivors of sexual violence. In an interview with Harper’s Bazaar, Corrin explained her decision to sell off the gown: “It’s a very strange thing, that so much work is put into creating a custom outfit for one evening, albeit an amazing occasion… I wanted the outfit to keep on giving and with the raffle it means that it wasn’t just made for one evening – it will make a difference and give a charity the money it needs to provide crucial help”.

It comes as increasing numbers of women are sharing their own experiences with gender-based violence following the murder of Sarah Everard at the hand of an off-duty police officer. “For many survivors, speaking about what happened feels like an impossible feat,” Corrin writes on an IG post announcing the sale. “It is essential that there are safe spaces available for survivors to turn to in order to feel like they can be heard or supported at their own pace by people trained to help.”

Tickets are being sold for £10 here and entries close this Sunday (March 28) at 8pm.