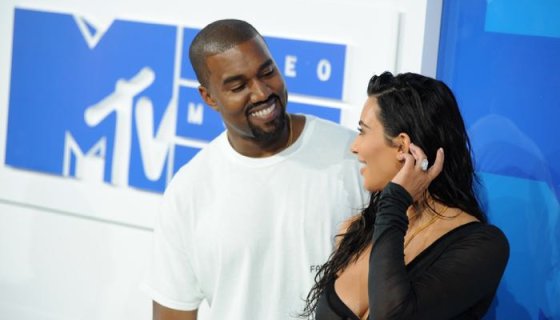 Hey, no one said marriage is easy. Sources say are doing their best to work out their allegedly strained relationship.

We’re looking at their struggle through the prison of the jig considering Kim is a reality star on her third marriage while Yeezy has clearly been going through a bipolar episode in plain view of the public.

According to TMZ, the couple is trying to salvage things before too much damage is done by going on vacation.

Sources close to the couple tell TMZ … the couple decided to jump on a jet Sunday and take a private family vacation to try and work things out. We’re told the trip was something the couple discussed when Kim visited Kanye in an emotional trip to Wyoming last weekend.

As of late … things between Kim and Kanye have been icy. They hadn’t seen each other much at all for months … Yeezy was doing his thing at the ranch and Kim’s been taking care of their four young children.

Kanye said during his South Carolina rally he asked Kim for a divorce last year and he raised the subject of divorce several times at the event. We’re told it’s something that has definitely been discussed.

Despite West bring up the D-word on multiple occasions, when Kim finally broke her silence she offered nothing but support for her hubby, while is quite difficult.

Since then friends like Dave Chappelle and Damon Dash have come through to support Yeezy in Cody, Wyoming. But when Kim finally came through, they had a .

Then to add to the struggle, Kanye West is still trying to get on Presidential ballots (Ohio, West Virginia, et. al) for what anyone with sense can see is a doomed campaign.