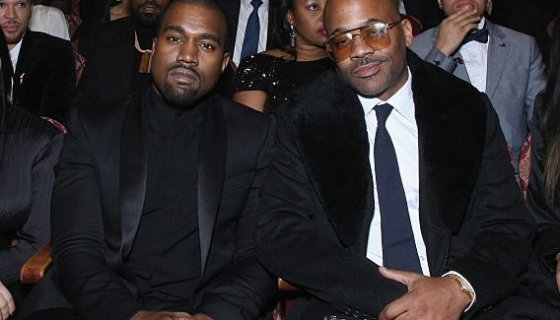 can say he doesn’t have friends, and his wife, looking out for him. Roc-a-fella Records founder Damon Dash was spotted making a Walmart run with Yeezy and his holding him down in Cody, Wyoming.

According to The Sun, West hit the local Walmart to shop for kids clothing on Wednesday (July 22). One of the guys spotted out and about with Yeezy happened to be Dame Dash. If you know you’re Hip-Hop lore, Dash was one of the first people to believe that West could make it in the game as a rapper while many said he should just focus on production.

West was rocking a blue hoodie and ripped jeans, along with those adidas Yeezy foam runners. He also appears to have died his hair red. And since this was a Walmart trip, he was rocking a face mask in the store—not so much outside the store, though.

Yesterday was a whirlwind, relatively, news day for West as even after he had . The Philly rapper denied such a thing ever happened while Kardashian asked for privacy and compassion for having to deal with West’s bipolar disorder.

The New York Post spoke to Dash, who asserts that West isn’t “crazy” at all. “People think he lost his mind just because he cried. The way he lost his mind and jumped on a jet and then jumped off the jet to come back to his 40,000-acre ranch? Yeah, I’d like to lose my mind like that,” said Dash.

He added, “There’s definitely people around him that love him and he’s going to be all right. We are praying, we are working. People think like we are in an insane asylum [but] we got an album coming out.”

Denial isn’t going to help anyone, though. The truth is West had shown evidence of a manic episode due to his erratic behavior, and Twitter feed, and he was .

Nevertheless, Dash thinks West is just fine. He continued, “People watched the rally and think he’s crazy, but that’s how the average person thinks. Everyone that listens to him [who thinks] he’s crazy is not a billionaire. But some reason Elon Musk doesn’t think he’s crazy. I don’t think he’s crazy. Billionaires don’t think it’s crazy because he talks that billi talk. And most people don’t talk that talk. He speaks like the general to people that are generally soldiers.”