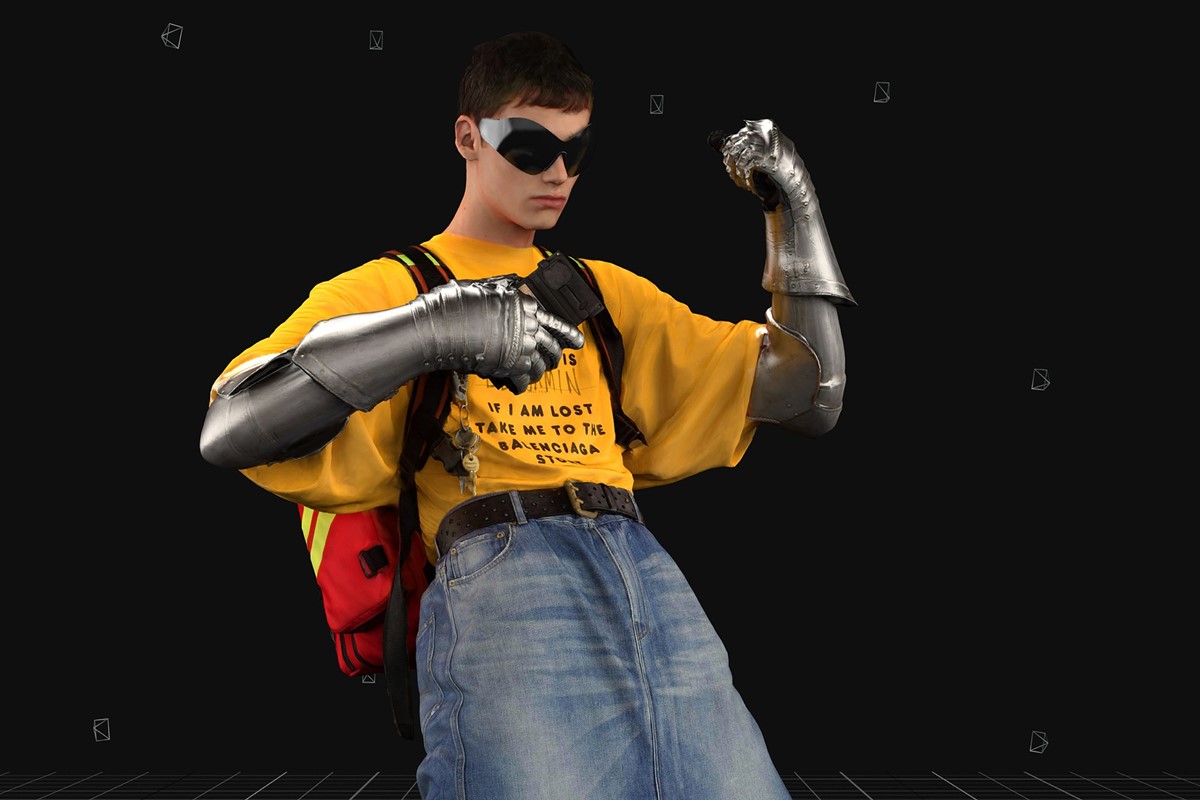 Afterworld: The Age of Tomorrow showcases Demna Gvasalia’s AW21 collection by guiding players through the world of 2031

Today, Balenciaga unveils a new video game, titled Afterworld: The Age of Tomorrow. Set in the near-future of 2031, the game allows players to tour Demna Gvasalia’s AW21 collection, along with “the projected future in which it is intended to be worn” (think: drones flying through the sky, ads everywhere, and an optimistic focus on sustainability).

This near-future is also one in which clothes are meant to be worn and transformed over many years, which shines through in the AW21 collection itself: catch scuffed armour plating poking through ripped jeans (a throwback to the metal trousers from the label’s 2007 ready-to-wear collection?) and pre-crinkled suits, so you don’t have to worry about doing the ironing.

In-game, players are guided out of a store – where they can take in pieces from the collection – and onto a busy city street. The path then leads through a dark forest full of ravers and finally up to a mountaintop, where they can complete challenges for a mysterious surprise.

Expect to bump into plenty of other avatars wearing the collection along the way, too – just look out for the large, alien-shaped sunglasses and the label’s signature oversized tailoring, finished off with streaky makeup. (The requisite phones, which have appeared on the runway in previous collections, also make an appearance, because we’re not going to kick our social media addiction by 2031).

If you want a closer look, Balenciaga’s AW21 lookbook also leans into the video game vibe, taking the form of a character selection screen that allows you to cycle through models in action-figure poses.

View a preview of the AW21 looks in the gallery above, and play Afterworld: The Age of Tomorrow for yourself here.