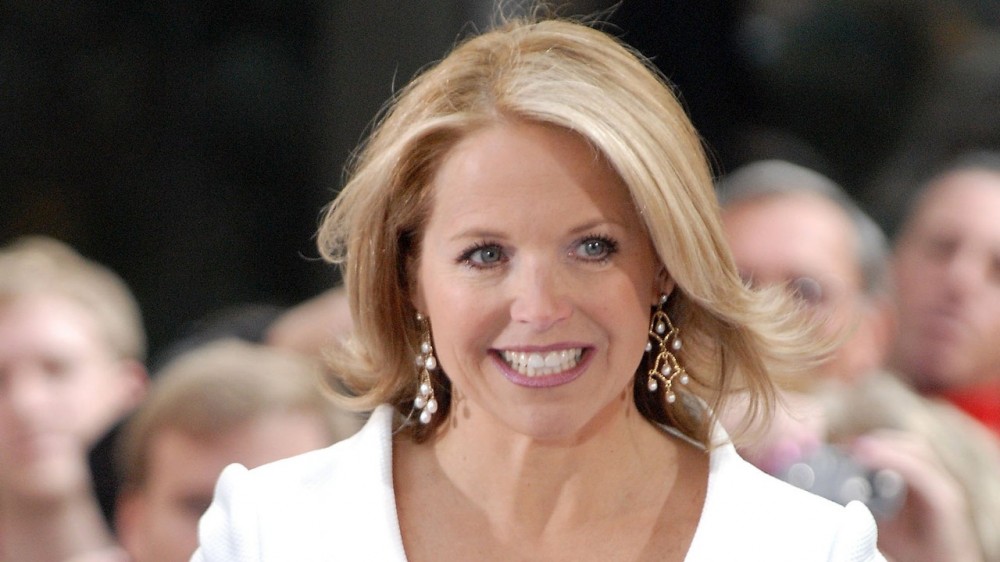 If you’re in the market to buy an iconic polished look that is truly fit for television, you’re in luck: Katie Couric recently cleaned out her closet. The television journalist, host, and author of the memoir Going There had some assistance with the resale platform ThredUp, who will auction some of the clothes off today as part of their new endeavor, Shop Her Closet. The team cleared a whopping 20 ThredUp bags from Couric’s home (each bag holds up to roughly 35 items). But these aren’t your standard schmattas: Couric parted with some memorable pieces of her wardrobe, including designer on-air blazers for $479 and a gown that has appeared in Vogue for $779. All of the proceeds will go to the charity, Stand Up To Cancer.

Some of the pieces are incredibly sentimental to Couric, including a white Armani blazer that she wore to her first broadcast on CBS in September of 2006. According to Couric, the look was widely panned as she had worn white after Labor Day. “I think a columnist for the New York Post criticized what I wore. I used to use that [article] when I gave speeches and I would say, ‘But it was winter white and it was Armani, goddammit!’, so that was sort of hard to give up.” One of the standout pieces in the auction is a black silk moire Carolina Herrera gown that Couric wore to her March 2005 Vogue shoot, where she was photographed on top of a swing set by Patrick Demarchelier at her home in Hudson Valley. “I remember it was freezing and they even had a heater out there for me,” says Couric. “I think I wanted to be a model when I was eight years old and, of course, anatomy had other ideas, but I ended up feeling so fantastic in that photoshoot and they made me feel so beautiful.” She’s also parting with another Armani blazer, which she wore on her last day of hosting The Today Show, Carmen Marc Valvo dresses that she donned for the White House Correspondents dinners, and an uncharacteristically skimpy Michael Kors dress that Couric wore to her 55th birthday. “It feels a bit naughty because it has a leather strap,” she says. “It’s a little teeny and has a bit of a bondage vibe.”

It’s clear from the ThredUp offerings that Couric has a signature piece: a jacket. “I always had to wear a jacket [at CBS] and I was like, ‘Come on, can I wear a really nice looking sweater?’ Their response was something like, ‘Nope, no sweater, you got to wear a jacket,’” she recalls. “I had a lot of jackets along the way, but never more than at CBS, where they were allergic to estrogen at the time.”

Couric’s easy-going personality, which has won over many viewers and fans, translates to her polished-yet-pared-back, network-friendly wardrobe. That approachability was a conscious decision on Couric’s part. Over her career, she transitioned from “bridge lines,” or rather non-designer labels, to more elevated names. “I stepped it up a bit, but I never wanted to step it up so much that it was alienating to the woman getting up and going to work at a law firm, and who wanted to have some of the same clothes as I did,” she says. “I didn’t want to have aspirational clothes.”

The closet cleansing process wasn’t necessarily easy for Couric. Many of these pieces had a deep emotional value to them. Couric approached this concept logically. “It was a little hard to part with some things, but I knew I would never wear them again. I knew I had pictures and I knew I had the memories of my experiences when I was wearing them,” she says. “So I was happy to part with them because I’m hoping somebody else can enjoy them and feel as good in them as I did.” And now that’s possible.