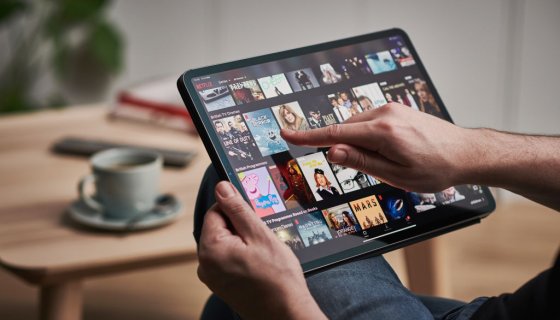 If you been on your computer and noticed downloading things takes a bit longer than usual you’re not tripping. The internet has indeed been slowed down due to the unprecedented amount of strain on it it.

The New York Times reports that internet speed is taking a hit due to the record surge of users due to the pandemic that has a lot of people now stuck at home. The report details how broadband speeds in the United States have declined since states began issuing stay-at-home orders to combat the spread of the coronavirus.

Per the New York Times:

And last week, as a wave of stay-at-home orders rolled out across the United States, the average time it took to download videos, emails, and documents increased as broadband speeds declined 4.9 percent from the previous week, according to Ookla, a broadband speed testing service. Median download speeds dropped 38 percent in San Jose, Calif., and 24 percent in New York, according to Broadband Now, a consumer broadband research site.

Europe’s internet service has also felt the strain as well, back in mid-February, Italy, Germany, and Spain, seeing internet speeds begin to take a hit.

Companies have begun to combat the issue by taking specific measures. European regulators have urged streaming services like Netflix and YouTube to reduce the file size of their video files, so they don’t take up so much bandwidth. In the United States, wireless service providers were given “access to more spectrum to bolster the capacity of their networks.” YouTube has even downgraded the quality of its videos from high to standard definition, around the world. Disney+ launch in France was delayed by two weeks.

We reported yesterday that like Microsoft and PlayStation were monitoring the situation closely. Xbox is even urging game studios to roll out necessary updates and new releases during off-peak hours to reduce network congestion.

“Microsoft’s Xbox gaming business recently asked large gaming companies to release online updates of their games during off-peak hours while it helped focus on the critical internet needs of people involved in the coronavirus crisis, according to an Xbox email reviewed by The New York Times. Video game updates can require great amounts of bandwidth to download.”

“Xbox asked the companies to release updates in a four-hour overnight window in North America, and only from Monday through Thursday.”

We just hope this crisis doesn’t go on for much longer, but it seems the companies are on top of things…for now.