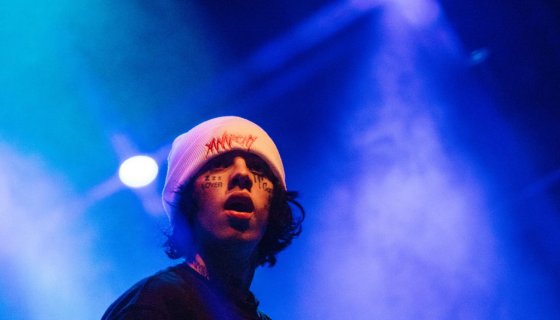 is taking the Coronavirus Pandemic rather hard. The struggle rapper was reportedly hospitalized over a panic attack tied to the current state of the world.

Apparently, the state at home orders had him hella stressed.

The rapper tells TMZ he was rushed to the hospital by ambulance Sunday while at his mom’s house in, of all places, Corona, CA. He’s been quarantining there with her, and she’s the one who called 9-1-1 after seeing Xan hallucinating so badly it was freaking her out.

Xan says doctors told him he’d suffered a panic attack, but he doesn’t remember much of the episode. As for what might’ve triggered it … he says he feels it was caused by anxiety he’s been feeling while cooped up inside.

He says he’s been in and out of hospitals over anxiety issues for years, but this is the first time it’s happened since the coronavirus pandemic hit … and it was the worst one. Xan’s been avoiding the news to keep his head straight, but tells us social media doesn’t help.

Anxiety can make you hallucinate? Well, we’re not questioning that symptom, but we are questioning Lil Xan.

This is the same guy who said he was  in September 2018.  Not too long after that alleged incident, Xan went to in late 2018. Then shortly after his stint in rehab, Then about six months after that, in June 2019 he was arrested for .

So yeah, we’re going to take Xan’s explanation with a grain of salt. Get well soon, though.

@skaaaate_ sending me pictures that never made it lol love you brother !💔 how the fuck is everyone staying sane in this pandemic I need some ideas? 🤔