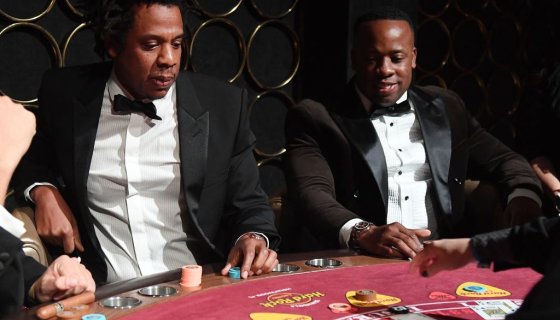 is a happy man.

On Tuesday (Feb.4) Less than a week after , Yo Gotti has declared he’s officially out of his contract with Epic Records before revealing he also owns one hundred percent of his masters. In a post on his Instagram page, Yo Gotti rejoiced letting fans know he was a free man.

“Drop My Album, Out My Deal, Own My MASTERS,” he captioned a photo of himself. “ALL IN DA 1st Month of da Year 2020 GONE BE DIFFERENT #UnTrapped FORRREAL.”

Drop My Album, Out My Deal, Own My MASTERS …. 🏆 ALL IN DA 1st Month of da Year 2020 GONE BE DIFFERENT #UnTrapped FORRREAL ‼️

While Epic Records has yet to confirm or deny ’s claims, fans did notice that the imprint on Gotti’s latest release was different. When Untrapped arrived last Friday (January 31), one fan pointed out that the imprint did not include Epic Records, but instead showcased the name Inevitable II Records, which Gotti confirmed to a fan that’s his new label.

Despite being a newly found free agent, Yo Gotti has been pressing forward with the promotion of Untapped, linking with Vevo CTRL for a “More Ready Than Ever” music video performance.

In other Yo Gotti news, the “Pose” rapper maybe killing it on the charts, but he’s also pressing forward to ensure that he uses his celebrity for change.

, Yo Gotti made headlines last month in the social justice department after calling for the Governor of Mississippi to immediately make changes in the Parchman prisons following the deaths of inmates after videos surfaced of them living in inhumane conditions.

The letter claimed that the inmates are “forced to live in squalor, with rats that crawl over them as they sleep on the floor, having been denied even a mattress for a cot.” Gotti added that the state’s prison conditions are “absolutely inhumane and unconstitutional.”

After the letter to Governor went unanswered, Gotti and Roc Nation filed a lawsuit against the state on behalf of the prisoners. The lawsuit seeks damages for the inmates, and an order forcing Mississippi’s Dept. of Corrections to lay out a plan to address all the issues, especially their plans to increase staff and clean up the sewage.

Check out Yo Gotti’s latest video for Pose below.