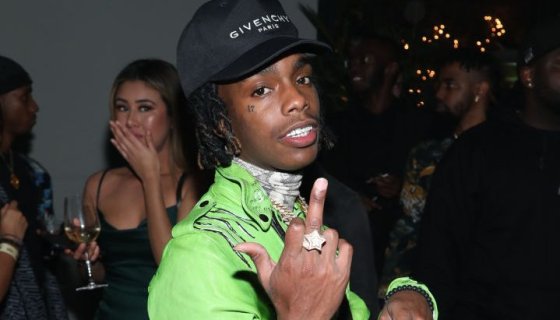 isn’t going anywhere. The Florida rapper’s request to be released from prison due to a positive COVID-19 diagnosis has been denied.

We’re going to guess YNW Melly awaiting trial for a double murder of his own friends has something to do with it.

As TMZ reports, the “Murder On My Mind” artist requested a temporary release from the Florida jail he’s being held after testing positive for COVID-19. Melly reportedly has been suffering from symptoms associated with the disease and prisons have been especially hard hit by the novel coronavirus spread nationwide.

Melly’s attorney believed that his client was at risk of succumbing to COVID-19 and put the onus on the Broward County Jail to provide better comfort. Melly was hoping to get placed on house arrest and find medical treatment on his own. Now, the rapper will need to request medical treatment from the Broward Sheriff’s Office, which might be worked thin due to similar requests of late.

For over a year, YNW Melly has been serving time for the double murder of two men that were reportedly friends of his. The state of Florida has been seeking the death penalty in the case, stating that the premeditated murder was carried out by Melly, real name Jamell Demons, and his cohort YNW Bortlen, real name Cortlen Henry.

The pair attempted to of Anthony Williams and Christopher Thomas Jr. as a drive-by and dropped their bodies off at a local emergency room to add weight to their tall tale.