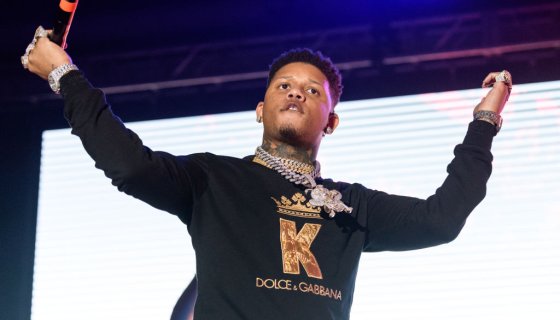 and his crew allegedly blessed a rival rapper’s manager with the fade. Thus, he’s getting sued by the victim.

According to TMZ, a man named Brandon Rainwater is suing Yella and his team, and claims they put the hands and feet on him outside of V Live strip club in Dallas. The beating reportedly left Rainwater with a dislocated hip.

Of course, surveillance footage has surfaced that shows the beating happening across the street from the club. A man is seeing being chased by 3 to 4 men, who catch up with him and start beating him in the street. Cars are initially in the way but when they get out the way the man is seen on the ground on his knees trying to gather himself slowly while the assailants head back to te club.

Per Rainwater—who manages a rapper named Mo3 who has known issues with Yella Beezy—he hit the club last month but security held him up before he could get inside. That’s when he claims a security guard approached him with a gun in his hand with Yella standing near him.

See the jig, Rainwater claims he ran off only to get chased down by Yella Beezy and his crew. Rainwater claims he went to the hospital that night and is currently undergoing physical therapy. He’s suing Beezy as well as he club for providing inadequate security.

Peep the fade delivery in the video below.