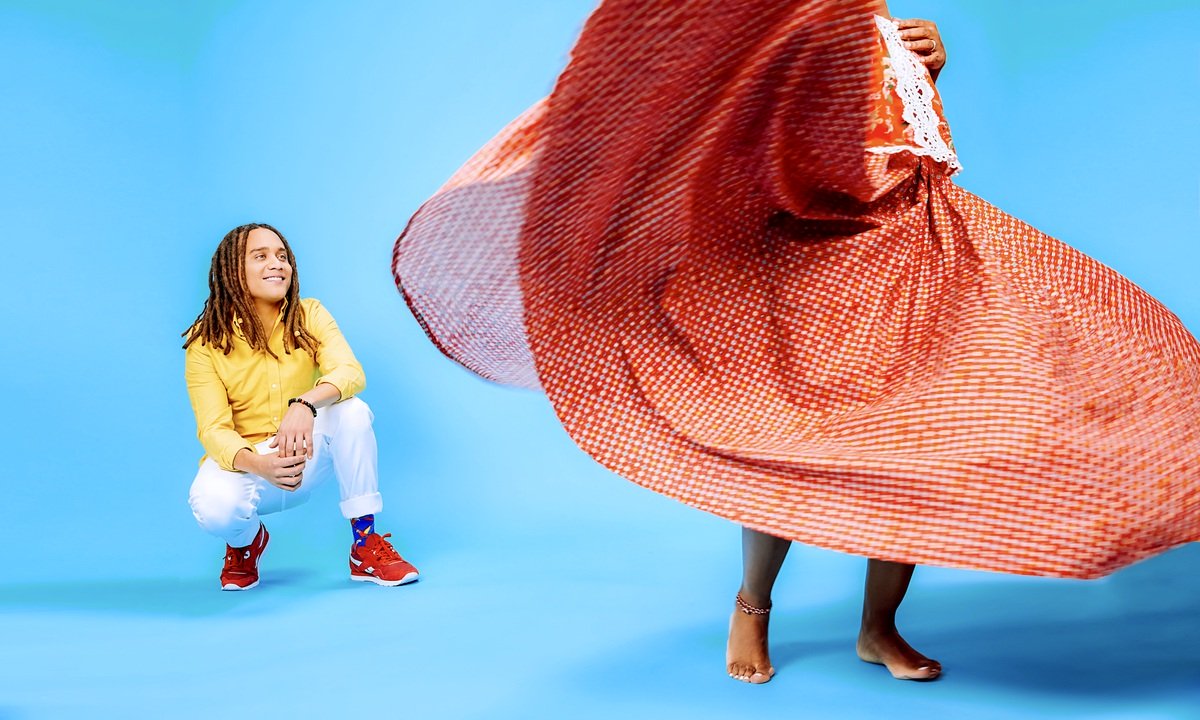 Last year, D.R.’s Yasser Tejeda and his Palotré combo released their sophomore album Kijombo, an ambitious and gratifying 11-song collection where they hop through genres with enviable mastery and ease. From palo music and perico ripeao, the mostly-instrumental album is strongly rooted in Dominican folklore, but it’s led by the ensemble’s jazz and rock sensibilities, giving us compositions full of rewarding left turns. Almost a year after the release of Kijombo, Tejeda recovers their single “Amor Arrayano” and pairs it up with a fitting music video that fills our soul with longing.

“Amor Arrayano,” penned and sung by fellow Dominican artist Vicente García, is about how love (and heartbreak) transcends flags and borders. Its title and vocabulary reference the troubled relationship between Dominican and Haitian people, telling a story of migration, love, and spirituality that touches our hearts, no matter where we are.

The “Amor Arrayano” music video resumes the story started by Tejeda’s previous “Pa’ Villa Mella” visuals, also directed by L. Cuervo. It’s a beautiful complement of the song lyrics, recurring to religious imagery and magical realism to bring closer two people who are separated by the miles of sea and land between the Dominican Republic and New York City. Playing with contrast between beachy landscapes and rough industrial settings, the video makes us believe love can really survive all adversities.