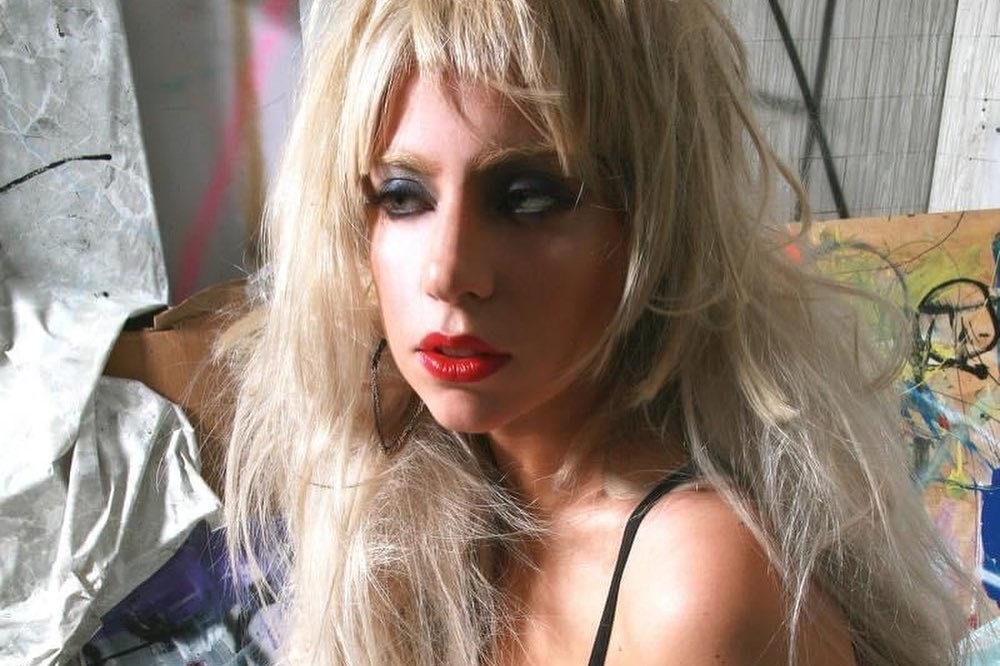 Jeffrey Campbell Litas and moustache fingers at the ready, girls!

Though Gen Z loves to ridicule Millennials for all their BuzzFeed quizzing and Harry Potter reading, today’s teenagers continue to mine the halcyon days of 30-somethings with garish delight. Stylewise, it all started with a resurgence of late 90s fashion, when McBling flip phones, Von Dutch caps, and Juicy Couture tracksuits began to infiltrate Depop. That then progressed into something a little more sophisticated – a saucy 00s contingent of low slung trousers, It-bags, and slinky Roberto Cavalli-esque blouses, which teens hawked on TikTok and Instagram. But now, the grindstone of the trend cycle has apparently taken another shuddering turn, as we find ourselves at the precipice of a mid-aughts “Indie Sleaze” revival.

The most 2021 things to dress as this Halloween

Supreme’s next drop will see customers literally burn their money

Grubby, maximalist, and performatively vintage, the Indie Sleaze movement coincided with the height of Myspace and the entrée of Tumblr. Its proponents – Mark Hunter (aka The Cobrasnake), Beth Ditto, Jeremy Scott, and Sky Ferreira – championed a hyperactive aesthetic, pulling from the 80s as much as they did 90s grunge, capturing all the hedonism with spontaneous and provocative flash photography. It was a mish-mash buffet of chucking, smearing, and clashing, and its lodestone was American Apparel. Interest in a possible resurgence only really began to emerge this week, however, when Mandy Lee, a trend analyst and self-professed old loser in Brooklyn, uploaded a video to TikTok, citing an “obscene amount of evidence” to suggest the aesthetic was making a comeback.

In the clip, which has now garnered over a million views, Lee refers to the current rise in amateur-style, in-the-moment photography, TikTok music mash-ups, and now-vintage technology – like wired headphones – as sure signs of an imminent return to Indie Sleaze. According to the ever accelerating 20-year trend cycle, we shouldn’t be too far off, either. “I was in my late teens/early 20s when this style was at its peak and I remember feeling such a sense of community in the DIY music and art space,” Lee says over email, noting that TikTok trends, like the ‘put these on and pose’ fad, feel like a low-fi, carefree callback to those days.

For those of us who were too young to participate, however, I imagine it went something like this: it’s 2006, Chanelle Houghton has just won Big Brother and people haven’t yet cottoned onto how vile Terry Richardson is. You’re sat in your Shoreditch flat, an early adopter, surrounded by Polaroid pictures, vinyls, and a typewriter, probably, as Crystal Castles, Cassius, or The Klaxons play from a pink iPod nano. You’re getting ready for a night out at Boombox, excited to debut your new Henry Holland t-shirt, with Flick Yer Bean Agyness Deyn emblazoned in neon capitals across its front. So, you hop into a pair of American Apparel disco pants, some ballet flats, and stuff your digital camera into a Rough Trade tote, before heading out into the night. Only, for some reason, you turn back and decide to stick on a Grecian laurel headband over your side-swept fringe.

Indeed, not all that glitters is gold lamé leggings, and the aesthetic crimes of the Indie Sleaze moment were often gruesome. Hipster moustaches were tattooed onto fingers, there were such things as studded Litas, while galaxy and “Aztec” prints were worn without a hint of irony, not to mention plastic shutter shades or “Arab” scarves. “I wouldn’t be surprised to see these come back in a humorous, ironic way,” Lee says, “but certainly not to the degree of popularity they did in the late 2000s and early 2010s. Every resurgence is different, and while certain themes and references come back, they always manifest in a new, updated way.”

The movement’s values are beginning to be reflected elsewhere in pop culture. Beyond a relentless obsession with nostalgia, Indie Sleaze chimes with the predicted rise of hedonism post-pandemic. Megan Fox is a cover star again and the UK government is said to be printing “smoking kills” on individual cigarettes, which sounds about Tumblr. The rise of shitposting and photo dumps hark back to the early days of social media, too, when everything felt much less high maintenance. “People want a more nonchalant mash-up of things that feels right in the moment, more playful and genuine,” Geraldine Wharry, founder of the Trend Atelier, says. “Indie sleaze was ultimately about seeking pleasure, approaching life as a giant mash-up, making the most out of the moment at a time when life was getting darker, but still wasn’t quite as bad as today.”

“People want a more nonchalant mashup of things that feel right in the moment. Indie sleaze was ultimately about seeking pleasure, approaching life as a giant mashup, making the most out of the moment at a time when life was getting darker” – Geraldine Wharry, futurist

On the runways, both Chanel and Saint Laurent have sent out collections indebted to trashy hipsters, which might offer a glimpse into how the Indie Sleaze aesthetic will manifest in the near future. Anthony Vaccarello’s AW21 offering comprised gaudy, gold-buttoned jackets, metallic bodysuits, and piled-high pearls, which paid tribute to the musician Peaches, whose track “Fuck The Pain Away” reverberated from electro-trash, Bloghaus nightclubs in the early naughts. Meanwhile, Virginie Viard’s Métiers d’Art models were sent out in a sweep of piled-on, stringy necklaces, checkerboard skirts, zingy leggings, and kohl-rimmed eyes. “What we are seeing is a hunt for the next way of revisiting the 2000s because that time has been so popular when it comes to fashion,” says Wharry.

That being said, for Agustina Panzoni, trend forecaster and TikToker, there is not enough evidence to suggest a full-on resurgence. What does resonate, however, is the more rebellious, anti-fashion roots of the movement, which she believes will play a major part in fashion’s future. “It’s yet another example of how trends no longer go from runway to rack, but start online. The return of an aesthetic known for it’s anything goes mentality feels like a huge fuck you to popular fashion. Indie Sleaze is a viable option for those who don’t want to attach themselves to a subculture but are still looking for an alternative look.” It makes sense, given that the power-clashing aesthetic first emerged as a direct rejection of the saccharine 00s look which has otherwise been dominating the mainstream.

While it’s still too early to call it a comeback, a sudden fascination with tacky, late 00s hipsters does signal a growing fatigue towards the babetastic millennium bug. Even if it’s simply the next churn of the nostalgia economy, Indie Sleaze represents a yearning to breakaway from current culture. However, Lee notes that it may take a few years for a full revival to whirl into ascent, so consider this a warning, not a threat. And remember, those who do not learn from history are doomed to repeat it. In the meantime, there are clearly still a couple of splinters to be picked from the Y2K barrel.