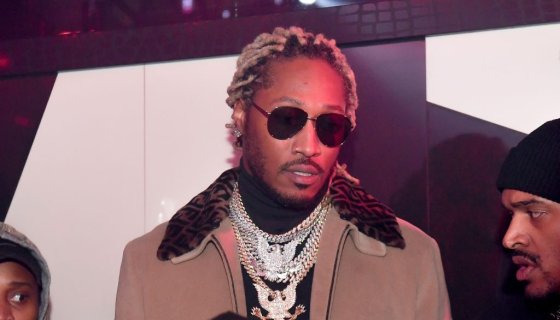 Eliza Reign, who claims is the father of her child, is against the rapper’s attempt to sue her for invasion of privacy and to place a gag order on her. In new legal docs, Reign aims to have Future’s case dismissed and says that her paternity suit shouldn’t be framed as her sharing private details of his life, especially since his prolific baby-making ways are known to the public.

TMZ obtained the court records and highlighted the key parts of Reign’s latest legal moves. From Future’s side, he believes Reign is somehow smearing his name by bringing up the fact that he allegedly fathered little Reign Wilburn. Reign fired back and said that any talk of paternity in the public would have been settled long ago if Future took the court-ordered test to determine the truth about his fatherhood status.

However, Reign’s motion was denied due to the paperwork exceeding the page limit but the outlet adds that she will be able to file a shorter motion or request a page-limit extension at a later date. Future has said in the past the courts that his side believes Reign is only trying to entrap him financially by having the baby.

In an unrelated paternity matter, a woman named Cindy Parker claimed Future was the father of her young son, Legend Wilburn. Parker sued Future for custody, child support, and paternity but dropped her lawsuit which points to the possibility that the pair settled their matter privately.