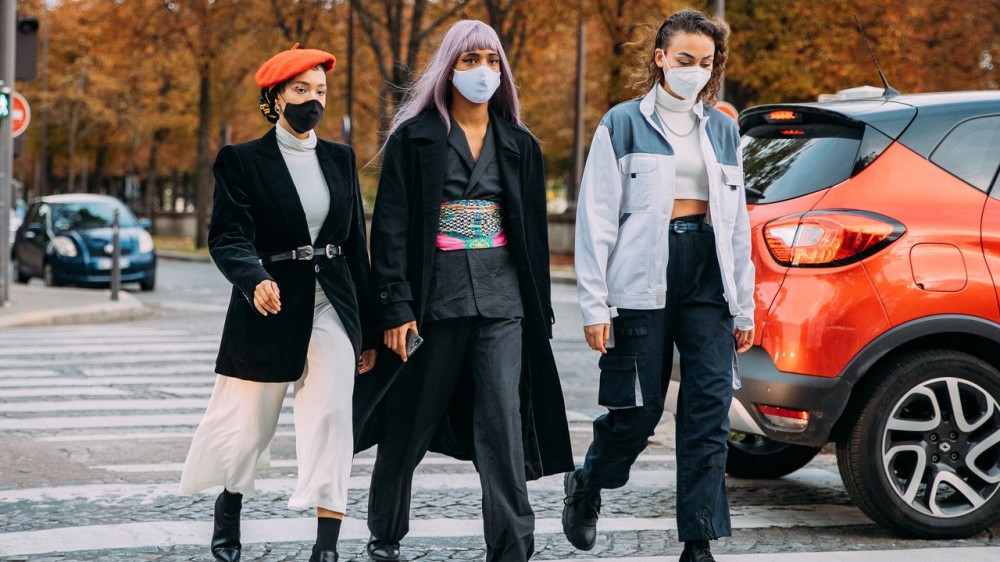 The idea came about when a friend of Gross’s, who works in fashion, couldn’t always afford to dress the way she wanted to, and often found herself buying from the high street or borrowing from friends. After a while, the friend asked Gross if she could pay her for the items she lent her and, although Gross declined because she saw it as simply something friends do for one another, it made her think: “Why should you only borrow fashion from your friends?”

In recent years, the global online clothing rental market has exploded and is projected to reach a value of more than $2bn by 2025. Alongside B2C (business-to-consumer) platforms such as Rent The Runway, which work with an inventory of clothing often focused on statement pieces, there has been a rise in P2P apps such as Tulerie as well as Dublin-based Nuw and UAE-based Designer-24, which allow users to rent the full spectrum of their wardrobes from each other.

Tulerie, for instance, features items that retail from the low hundreds well into the thousands — think Chanel knitwear, Phoebe Philo-era Celine cabas totes and monogrammed Dior wallets, to more accessible items such as Vetements x Champion hoodies and Cecilie Bahnsen cotton tops. While dresses are their number one rental item (closely followed by sweaters), “these are dresses you would wear to brunch or dinner, not necessarily a wedding,” Gross explains. “We really want people to expand their minds and think more ‘everyday’ than ‘special occasion'. It’s just another way to dress for a meeting or your friend’s birthday.”

Establishing a community through clothing

For those seeking to join Tulerie, golden egg items include anything in bright colors, with current favorites being rolled Bottega Veneta pouches and anything Jacquemus. Equally important, though, is the community spirit. “We FaceTime-interview every single applicant,” says Gross. “It gives us an opportunity to say, ‘Listen, if you spill something or tear something, you’re no longer in our community.’ You may have the most expensive closet and most expensive things, but if you aren’t going to treat items with respect, then you are not valuable to us.”

Similarly, for By Rotation, the world’s first social fashion rental app, this community-mindedness is paramount. Having hit the 50,000 user mark this month, the app-only interface works with a user’s ratings and reviews to keep customers informed of a user’s profile while offering the benefits of unlocking big-ticket items. For example, a first-time user would not yet have earned the privilege of renting an item with a value above £1,000 without receiving at least a single positive review.

According to Eshita Kabra-Davies, a former finance worker recently named one of Forbes’ 30 under 30 as By Rotation’s founder, there’s a wide range of people on the app from students, professors, bankers and lawyers to royals (Lady Amelia Windsor), actors (Karla-Simone Spence) and influencers (Camille Charriere, Hannah Strafford-Taylor).

“Everyone is very respectful,” she says. “When you’re renting an item, you have to communicate with the lender to give them context, for example, ‘I’d love to borrow your Vampire’s Wife dress for a wedding.’ It’s up to the lender as to whether they accept or reject the request. I’ve ended up making quite a few friends from meeting some of these women and renting from them again and again. And we’ve seen that friendships are forming among members. It’s kind of like having that extended wardrobe of an acquaintance.”

While these apps have created a space to socialize virtually during the pandemic, they quickly had to adapt their processes to the times we are living in. Tulerie implemented a no-cancellation penalty and encouraged users to be transparent about their health, for example, and By Rotation informed members of Covid-19 safety guidelines, enforcing a strict ‘clean before sending and returning’ rule and a partnership with Oxwash, a specialist, eco-conscious cleaning service offered to users with a discount code. Items are also encouraged to be exchanged via delivery instead of in person.

The virtues of a communal closet

With an average of 40 percent of clothes left hanging, unworn, in our closets in Europe alone, P2P lending presents an opportunity to reduce consumption and waste. As Kabra-Davies explains, the shift to an ephemeral, shared wardrobe has not only impacted her style, but also her buying choices. “I can track the items I’ve listed on my profile and I list everything that I buy, and I’ve noticed that I’ve been buying much higher-quality pieces than before By Rotation. Now, I’ll buy two pieces every six weeks on average — when I was working in finance, I was buying three or four times that. So, I’ve become much more conscious on a personal level. Do we all need to own the same identical dress each? Or could we share?”

With the possibility of renting out a piece in future, not only are we forced to consider better garment care, but also the quality of the garment we buy in the first place. Similarly, clothing rental ensures a fashion piece is much more likely to reach the #30Wears mark (a slow-fashion initiative focused on conscious consumption).

“People have really shifted the way they’re spending their money,” says Tulerie’s Gross. “They want experiences more than things and people are becoming more used to sharing, not owning, whether it’s apartments, office spaces, cars or even pets. We think clothes are the next avenue for that.”