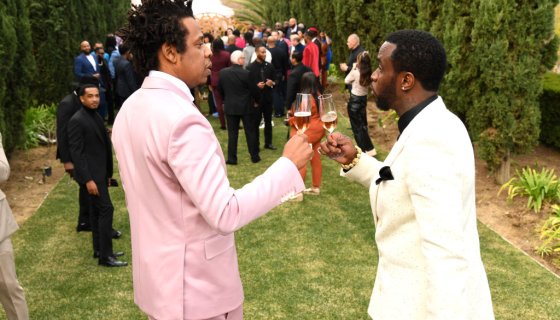 While he is now focused on spreading love Diddy is still moving with the same conviction that got him to the top. He recently stood up for the rights of musicians during a key moment in his career.

As spotted on The Grio the mega mogul put the Grammy Academy on notice during a ceremony in his honor over the weekend. While accepting the Industry Icon award he made a point to address the many years the organization has unfairly neglected Black culture.

“There’s something that I need to say to the — and I say this with love,” he started. “Every year y’all be killing us. I’m speaking for all the artists and executives: in the great words of Erykah Badu, ‘We are artists and we are sensitive about our sh**’. Truth be told, Hip-Hop has never been respected by the Grammys. Black music has never been respected by the Grammys” he said.

Combs went on to make his words further felt by making it an action item. “I’m officially starting the clock: you’ve got 365 days to get this sh— together,” he told the audience during his approximately 50-minute speech, according to Variety. “We need the artists to take back control, we need transparency, we need diversity.”

Love also addressed the elephant in the room regarding the recent fallout of the Recording Academy president and CEO  Deborah Dugan being placed on administrative leave. “So right now, with this current situation,” he continued, “it’s not a revelation. This thing been going on — not just in music, but in film, sports, around the world. And for years we’ve allowed institutions that have never had our best interests at heart to judge us — and that stops right now.”

You can watch the segment in question below.