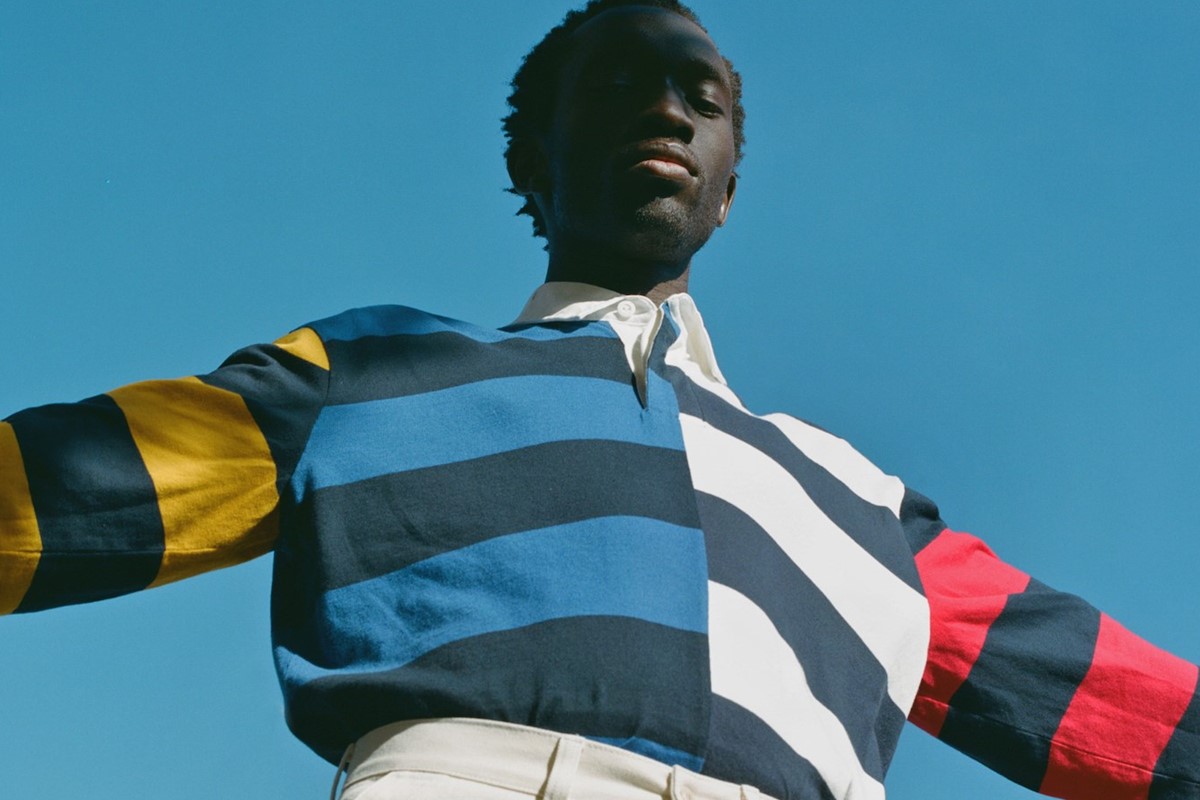 The author, artist, and climate activist takes to the streets of London in the label’s new sustainability-focused Remake Heavy Rugger collection

When GANT’s creative director Christopher Bastin landed at the label in 2005, he found ‘there wasn’t much of an archive’. That wasn’t to say GANT didn’t deserve one, however. In fact, Bastin realised pretty quickly that quite the opposite was true: “We basically have the same history as some of the big denim brands and any of the other iconic sportswear labels,” he reveals.

What came next was a long-term and exceptionally far-reaching project that saw Bastin and his team build up an extensive archive of garments dating all the way back to GANT’s inception in 1949. Logging on to eBay and other auction sites to secure pieces spanning the last seven decades, the team cross-checked each new find against old ads and documents filed away in the label’s library.

After plenty of research, Bastin honed in on the Heavy Rugger, of which he’s now a bit of an aficionado. First launched in the 1970s, the style joined GANT’s Ivy League Oxford button-downs as an understated accompaniment – something sporty for both the field and, more casually, the weekend. But within a few years, it soared in popularity to the point 30–40 per cent of the items the American label turned out were Heavy Ruggers – and so, an icon was born.

Fast-forward to 2021, and the style is as popular as it ever was. Perhaps even more so, given GANT’s commitment to creating it in a truly sustainable way. Launching this month comes a new capsule that turns the Heavy Rugger on its head. In an effort to move towards a more sustainable, circular model of production, Bastin and his team utilised offcuts and salvaged scraps from previous offerings to create a recycled collection of Remake Heavy Ruggers – made up of two classic tops and one longer-line mini-dress in bold collegiate colourways.

In celebration of its launch, the label joined forces with Dazed to capture climate activist, artist, and author Wilson Oryema in the collection on the sun-drenched streets of London (though don’t be fooled – the shoot took place in early January, so needless to say, it was still basically freezing).

In a shoot lensed by Iliana Kanellopoulou and styled by Reuben Esser, Oryema is seen shielding his eyes against the sun’s glare and standing against the wall of a house in pieces from the offering – one Heavy Rugger laid on top of another, with a classic trench thrown on top of that. It’s a look that plays into the style’s preppy history, while rooting it firmly in the present day. In another Oryema is photographed wearing the dress from the collection. “I love the freeness that this particular piece allows me,” he reveals. “I didn’t know it was a dress – I just liked the contrast of the red against the blue.”

Also heralding the arrival of the Remake Heavy Rugger offering is a video and podcast in which Bastin and Oryema discuss GANT’s history and the importance of striving for sustainability within fashion. With GANT currently working in line with ‘seven rules’ it set itself in terms of sustainability, right now it’s on target to be using only 100 per cent sustainably sourced cotton by 2022. “We’re already on our way to reducing our water consumption by 50 per cent by 2025, and the goal is to be using 100 per cent sustainably sourced key materials as well,” Bastin explains.

Meanwhile, Oryema reveals he sees sustainability as a dialogue between brand and consumer. “It’s an ongoing journey being in the fashion industry (when you’re) pulled into the chaos and greed or desire for more and more clothes – but that pushed me to step back and strip down and take away the excess,” he says. “My own personal approach is making small improvements which in time brings much bigger changes. GANT’s values totally echo that.”

Take a look through the gallery and watch the short film above, and listen to the podcast below.