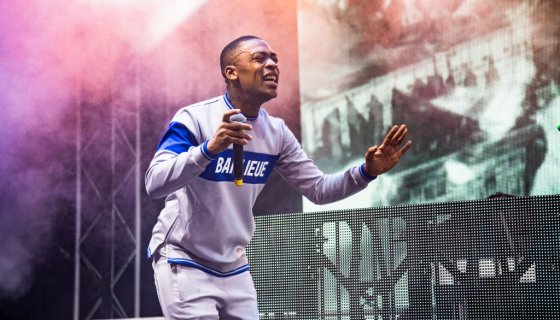 , known as the “Godfather of Grime” in the UK, has been embroiled in controversy after on Twitter. After a suspension and eventual ban from the social media network, Wiley has addressed the matter but seemingly isn’t distancing himself from some of the more explosive comments.

In a sitdown with Sky News, Wiley, real name Richard Cowie Jr., spoke about what he framed as “generalizing” when it came to his comments, which led to a falling out with his Jewish manager. By way of a recent interview, the 41-year-old artist isn’t necessarily backing down from his stances that members of the Jewish community within the music industry are pulling the strings and, in Wiley’s view, responsible for systemic racism.

“I just want to apologize for generalizing and going outside of the people who I was talking to within the workspace and workplace I work in,” Wiley told Sky News.

Wiley hammered home in the interview that he doesn’t see himself as a racist and that the two-day rant he went on Twitter should have been a private conversation between him and his former manager, John Woolf, who has since ended his working relationship with the rapper.

In 2018, Wiley was granted the MBE award for his services to music but critics have called for him to hand over the honor, which he says he’ll do as he claims to never have wanted the award.

Twitter has confirmed in a public statement that Wiley will no longer have access to their platform.