Houndstooth – the label arm London’s Fabric club – celebrates its fifth anniversary in 2018. Since launching with an EP from label regular Call Super almost five years ago, it’s released music from Special Request, Throwing Snow, Aïsha Devi, Marquis Hawkes and many more – mostly under the category club music. However, the label is kicking f its fifth year with something a little different: a 25-track compilation experimental electronics inspired by T.S. Eliot’s 1925 poem ‘The Hollow Men’ that will roll out track by track over the next few weeks at a dedicated microsite.

Titled In Death’s Dream Kingdom, the 25-track project features exclusive tracks from Peder Mannerfelt, Pan Daijing, Lanark Artefax, Sophia Loizou, Hodge, Shapednoise, Roly Porter, Batu and many more artists working in the darker fringes experimental music and techno. According to Houndstooth A&R and label manager Rob Booth and Fabric label head Rob Butterworth, the project is pitched somewhere between a compilation and a playlist, a reaction in part to how music is consumed in the streaming era. 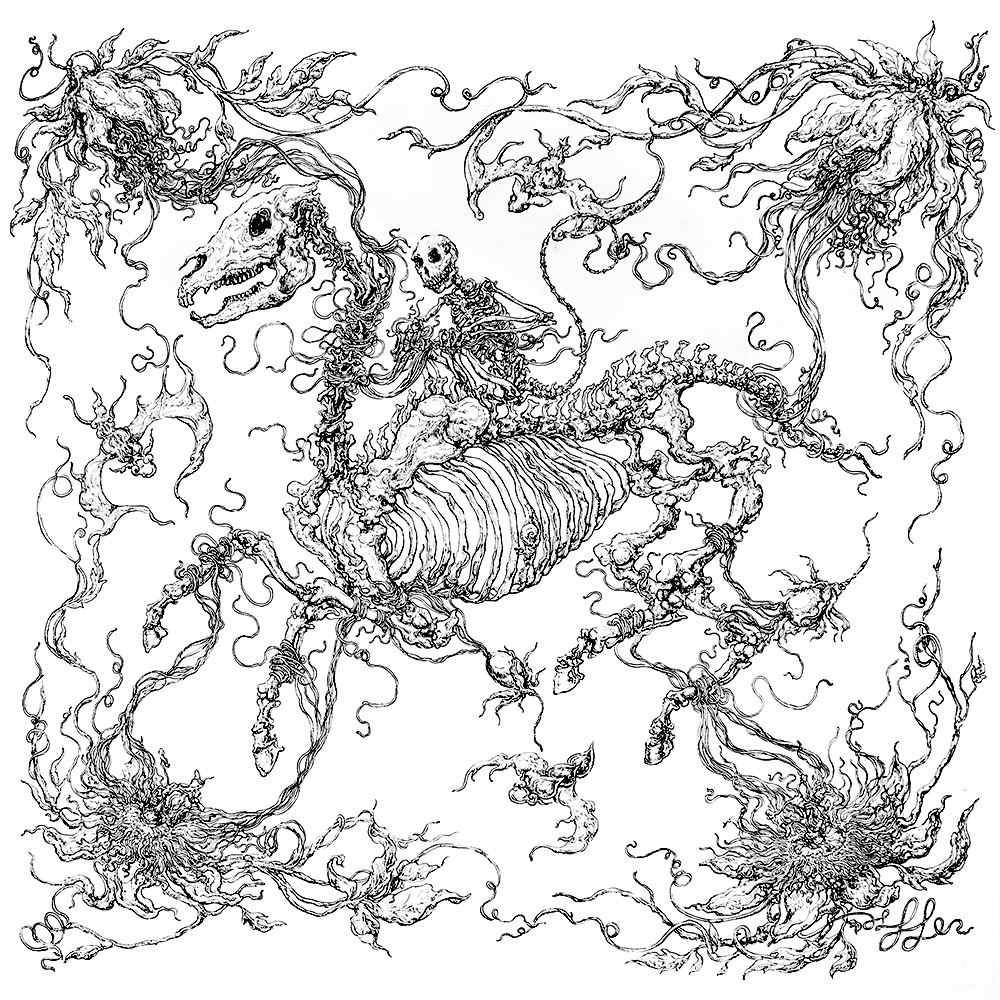 “It’s an attempt to use the malleability the playlist format to episodically build an album that’s greater in scope than a typical compilation,” Booth and Butterworth tell FACT over email. “By debuting and releasing new tracks over a number days it allows time to absorb the release gradually as it grows into the completed work. It’s definitely not meant to be listened to passively – the theme is designed to create deeper engagement. We felt it was possible to curate a work this size that cohesively held together if we found the right framework for it – the choice title helped define that.”

The framework – T.S. Eliot’s 1925 poem ‘The Hollow Man’ – was partly a comment on the European psyche after the devastation World War I, specifically the soldiers left alive that did not make it to “death’s dream kingdom” heaven or hell. The poem has been referenced throughout popular culture: Francis Ford Coppola’s Apocalypse Now and Stephen King’s Pet Sematary and Burial’s favorite video game Metal Gear Solid 2 are a few the places it’s been quoted, and its evocative imagery makes it ripe fodder for musical inspiration.

“We knew the artists we wanted to work with so we needed something that would inspire them in the same direction to create something that held together,” Booth and Butterworth explain. “We thought many different fields art when looking for the right way to create that inspiration; philosophy, painting, architecture, but ultimately decided on poetry. T.S. Eliot is a favourite and this poem in particular – the line just jumped out straight away. We felt it would set both the right tone and leave lots room for experimentation.”

The project also serves as a way for Houndstooth to cement its commitment to experimental sounds. “There’s been a lot experimentation on the label but we’d never actually done one single project that focused purely on this type music, so we had to rectify that,” say Booth and Butterworth. “We wanted to create a structure that would allow us to do this in an interesting way and one that could lead to further releases this type.”

In Death’s Dream Kingdom will be hosted on a microsite with two new tracks premiered and added every weekday until the compilation is completed. There will be a full digital release too with a limited edition print available to pre-order. It will be accompanied online by art by Rotterdam-based Taiwanese artist Jazz Szu-Ying Chen alongside biographies and words from the artists on their tracks. “It’s a companion piece to use when listening and work in the same way liner notes do on a physical release,” Booth and Butterworth explain.

The first track, Otto Lindholm’s ‘Cain’ is available to listen to at the microsite today. There’s also a Spotify playlist that will be added to as tracks are released.