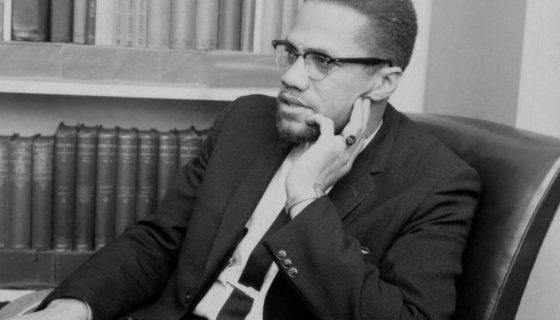 recently premiered a new documentary, Who Killed Malcolm X?, that examines the alleged powers at play that conspired to kill the charismatic Muslim leader.  As a result, a new investigation into the murder of will commence based on the unearthed information.

Who Killed Malcolm X? is the passion project of Washington, D.C.-based writer, documentarian, and Imam Abdur-Rahman Muhammad, and opens the floodgates regarding the alleged conspiracy by the Nation of Islam to silence Malcolm X after he angered the group’s leader, the Hon. Elijah Muhammad, by speaking out negatively regarding the assassination of President John F. Kennedy.

The documentary highlights how strained the relationship was between El-Shabazz and the NOI, which lead to an eventual exile and split that divided many. As El-Shabazz nurtured a deeper connection with his Muslim faith, he began to rise on his own as a leader within the Black community and abroad as a speaker and activist. The documentary points to signs that NOI members from a mosque in Newark, N.J. may have been responsible for El-Shabazz’s murder due to an unspoken but largely understood order to kill him.

The explosive details of the documentary moved Manhattan district attorney Cy Vance to reopen the 1965 case as this month marks the 55th anniversary of El-Shabazz’s passing. Vance’s office provided an emailed statement to NPR stating their intentions to reinvestigate the murder.

“District Attorney [Cy] Vance has met with representatives from the Innocence Project and associated counsel regarding this matter,” the statment read.

The Innocence Project is a group that works on behalf of wrongly convicted individuals with hopes of exonerating the individuals. Muhammad Abdul Aziz, formerly known as Norman 3X Butler, was one of the three men who were accused of carrying out the order and works with the group while consistently maintaining that he had nothing to do with the killing.

Khalil Islam, formerly Thomas 15X Johnson, and Mujahid Abdul Halim, formerly Talmadge X Hayer, are the other two men who were convicted of the crime. Halim has said that Islam and Aziz had nothing to do with the murder and named four other individuals that have all but disappeared from public life.

A chilling thing to note from Who Killed Malcolm X? is a common refrain from former NOI members that many felt Malcolm X felt that he was above many other members although he never publicly stated so. There was also obvious reluctance by some Muslim leaders to discuss the case on camera and flat out telling Abdur-Rahman Muhammad to leave the matter alone.