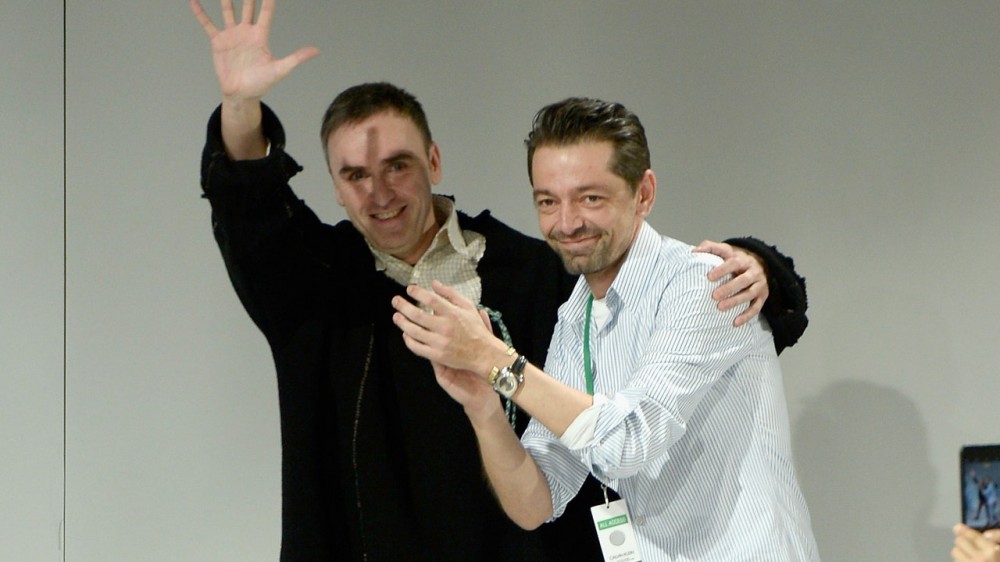 The name Pieter Mulier will be familiar to true fashion obsessives. The Belgian designer has had a hand in some of the most influential collections of the past 20 years, starting his career as an intern at Raf Simons’s eponymous brand in the early aughts and rising to become Simons’s righthand at Jil Sander and Christian Dior. When Simons was appointed the chief creative officer of Calvin Klein in 2016, Mulier was installed as his number two, with the title of creative director of womenswear.

But for many outside the industry, Mulier’s name and work might be less known. Maybe that makes him a perfect fit for Alaïa, founded by the Tunisian designer Azzedine Alaïa in Paris in 1980. The maison has long done things its own way, shying away from the fashion calendar and only showing a collection when it was deemed ready by Alaïa himself. Fans of the 2014 documentary Dior and I, which chronicled the making Simons’s first Dior Haute Couture collection, will find in Mulier a similar attention to detail and care.

Here, a breakdown of everything you need to know about Alaïa’s new creative director.

Born in Belgium, Mulier studied at the Institut Saint-Luc in Brussels, a university that has produced an astounding amount of comic book artists and illustrators. Mulier, instead, studied architecture. His mentor Raf Simons studied industrial design at Genk’s LUCA School of Arts.

Thanks to Instagram, we know that Mulier started interning at Raf Simons amidst making of the brand’s fall 2002 Virginia Creeper collection. Since then, Mulier has been a constant presence by Simons’s side. He became the brand’s head designer by 2003, overseeing its menswear collections until 2010. From 2006 to 2009, he consulted at Jil Sander, where Simons was creative director, joining Jil Sander full-time in 2010. When Simons left Jil Sander in 2012, Mulier went with him; they took up residence at Christian Dior less than a year later.

“It evolved from being colleagues to a friendship now. I always think it’s like a ping-pong game,” Mulier told Another magazine in 2015 of his relationship with Simons. “He taught me a lot about art—you know his references are a lot of art and architecture—and luckily this is also my background, so this helps, and I think it works in both ways.”

But Mulier Did Not Join Prada With Raf Simons

When the pair’s stint at Calvin Klein ended in 2018, they returned to Antwerp. But while Simons worked on his eponymous label, Mulier seemed to be recalibrating. When the former was named Miuccia Prada’s co-collaborator at Prada in February 2020, the latter was not part of the deal, to the surprise of industry insiders. Many assumed a plum job was on the horizon, though it was Mulier’s partner, Matthieu Blazy, who made headlines with his appointment as the womenswear creative director at Bottega Veneta. Maybe we didn’t have our ears close enough to the ground: After nearly two years at home in Antwerp, Mulier is assuming one of the most coveted jobs in Paris, stepping into the shoes of a true master.