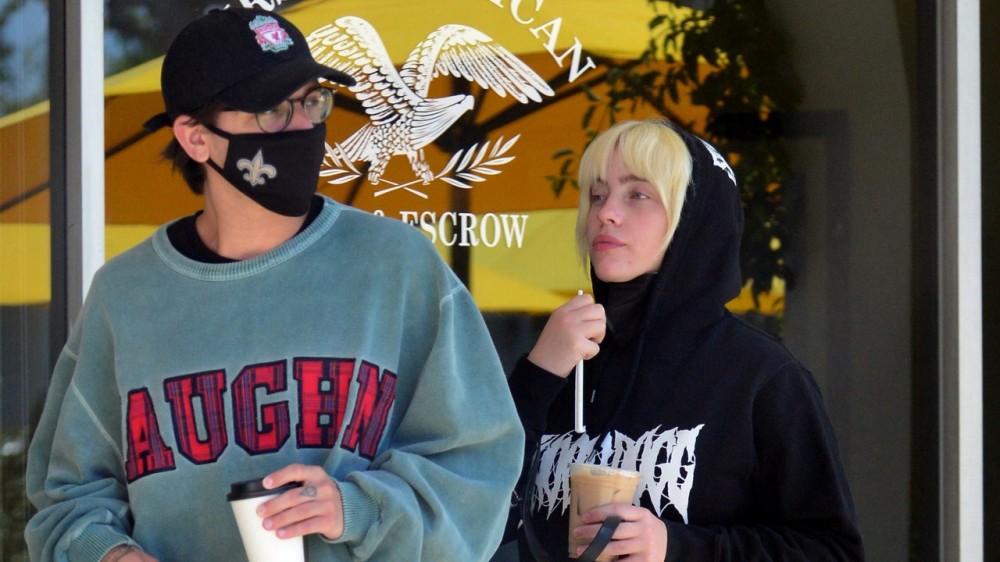 Last week, Billie Eilish emerged with her new man. Okay, fine, her rumored new man. The singer was spotted on Friday with actor Matthew Tyler Vorce in California, grabbing coffees with Eilish’s beloved pit bull, Shark, in tow. The duo have yet to confirm any sort of relationship, but Eilish did seem to cozy up to him, at point even resting her head on his shoulder. So, who is this mystery man? According to his IMDB page, he has had recent roles in films such as Mother, May I Sleep with Danger? and Dark Hours: Typee. Currently, he is also attached to the short film, The Curse of Frank Sinatra, which is in pre-production. No word on how they first met, though.

Whatever their relationship status may be—whether they’re friends or otherwise—one thing is for certain. They have complementary styles. Both opted for graphic sweaters during their outing for a casual-cool vibe. Eilish wore a black Snoop Dogg hoodie with Jordan bike shirts and Nike high-tops, while Vorce wore a Vaughn sweater, a New Orleans Saints hat, cropped jeans, and matching Nike sneakers. That laid-back, athleisure style is so very West Coast. A fashion match made in heaven.