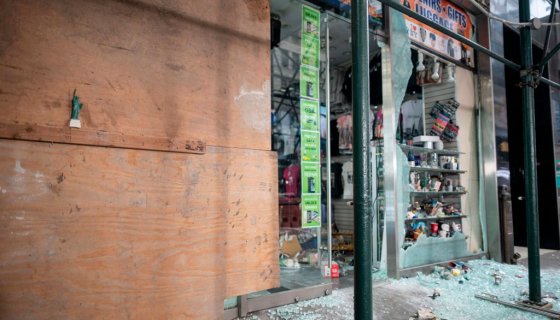 Didn’t we tell y’all to An alleged “Antifa” account on Twitter that called for violence during the protests throughout the nation was actually being run by White Supremacists.

Antifa is a far-left organization which is more of a movement since it has no official hierarchy. What the factions do have in common is an opposition to fascism and they have at times embraced violence again their sworn enemy, the far right. To be clear, they are not a proper part of the by Minneapolis police.

Nevertheless, Donald Trump declared Antifa a “terrorist” organization for political purposes rather than to actually quell protesting and rioting.

A Twitter account that tweeted a call to violence and claimed to be representing the position of “Antifa” was in fact created by a known white supremacist group, Twitter said Monday. The company removed the account.

Although the account only had a few hundred followers, it is an example of white supremacists seeking to inflame tensions in the United States by posing as left-wing activists online.

So yeah, white nationalists are spreading misinformation on social media, which shouldn’t surprise anyone who has been paying attention.

Reportedly, the fake account, @ANTIFA_US, tweeted, “ALERT Tonight’s the night, Comrades Tonight we say “F**k The City” and we move into the residential areas… the white hoods…. and we take what’s ours #BlacklivesMaters #F**kAmerica,” on Sunday (May 31).

But really, the use of “Comrades” and “white hoods” should have been the first sign of the jig. According to Twitter, the account actually belonged to Identity Evropa which is describe as a white power fraternity, which the Anti Defamation League (ADL) says is now called the American Identitarian Movement— a white supremacist group.

Since the start of the protests, those on the ground and those paying attention on social media have noticed white men inciting protesters and police by breaking windows, spraying suspect graffiti and other means to spark violence.

Too often, it’s the Black people getting blamed for thee

Stay woke out there.