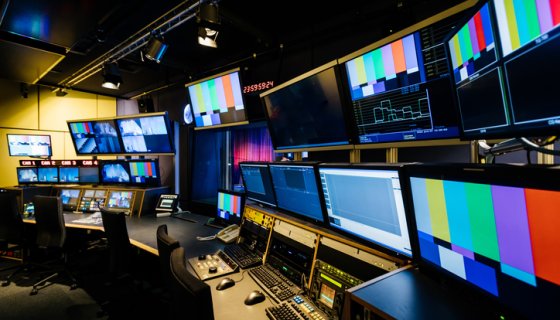 Amidst the media discussions and in the wake of the tragic death that the whole world is still processing, a reporter for MSNBC made an exceptional goof on live TV. During the white reporter covering the death of Bryant on a Sunday broadcast, it appears that the reporter dropped an n-word bomb while on air.

Alison Morris was reporting on the Bryant tragedy on MSNBC during her usual tie slot, reportedly admitting at a point during the broadcast that she does not follow professional basketball. During her reporting, Morris uttered a word that most certainly sounded like the n-word with the hard “er” at the end and the reaction online was immediate as expected.

Morris took to Twitter to explain that she happened to confuse the Los Angeles Lakers and the New York Knicks, resulting in her ill-timed slip.

“Earlier today, while reporting on the tragic news of Kobe Bryant’s passing, I unfortunately stuttered on air, combining the names of the Knicks and the Lakers to say “Nakers.” Please know I did not & would NEVER use a racist term. I apologize for the confusion this caused,” Morris.

We took a look at the clip and listened intently to how that “stutter” happened and there does appear to be a moment where she tried to stop herself from completing the word but it certainly sounds like it came out in all its ugly glory.

Several people o happened to catch the slip in real-time sharing astonishment Twitter, and the reaction has been relentless for the past hour and more. We’ve also posted Twitter user @rumchampion’s post of the broadcast gaffe, which has since gone viral.

We’ve captured some reactions Twitter to Alison Morris’ accidental racism below, so keep scrolling past the videos.

I’m watching MSNBC for Kobe coverage and check what I hear pic.twitter.com/lqZ8NC1xt7

Earlier today, while reporting on the tragic news of Kobe Bryant’s passing, I unfortunately stuttered on air, combining the names of the Knicks and the Lakers to say “Nakers.” Please know I did not & would NEVER use a racist term. I apologize for the confusion this caused.

you must think we stoopid

Fucked that, you done said niggers. We not cool with that shit. You owe more than an apology.

There was no 'k' in what you said!

There were two G's and a hard R, though!

This is a hard "g" sound, not a "k" sound. I upped the volume significantly. Whatever you may have meant to say, "Nakers" is definitely not what you said. This deserves more than a quick twitter response and play down. pic.twitter.com/VUVWn1427b

Did Alison Morris just say the Los Angeles N*ggers then quickly tried to clean it up and say Los Angeles Lakers? I heard it. WTH #MSNBC?

Me watching Alison Morris on the news pic.twitter.com/71GIvSezEQ

Are you serious! We just lost a role model, a positive influence on everybody around the worlds life and you say Los Angeles Niggers she needs to be fired from that job Alison Morris has to go !!! pic.twitter.com/D0pW1QnwXp

Can someone get Alison Morris’s cheery ass off the news she literally just called them the Los Angeles N*ggers and sounds pretty damn happy as she reports Kobe’s death pic.twitter.com/BiCVCDa5D8

Alison Morris coming off saying "los angeles niggers" as soon as they go off the air pic.twitter.com/Ja004NSdw4

…. @MSNBC Yall Need To Fire Ya Reporter Alison Morris ! To Refer To A COLLECTIVE TEAM As Niggers During Mourning Of A Teammate, Father, Friend…..Absolutely Wild & Unacceptable On ALL Parts