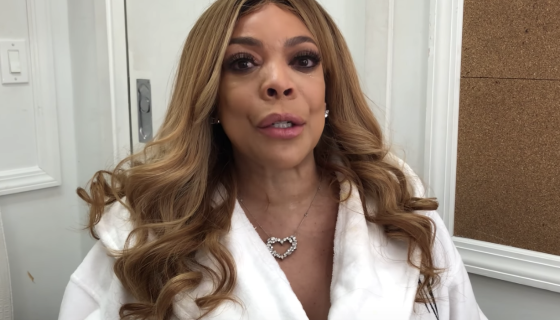 really stepped in it. The famed TV host has apologized to the LBTQ community for talking out the side of her neck and saying men shouldn’t be rocking skirts and heels.

On Valentine’s Day, Williams decided it would be a great time to attack.

“If you’re a man and you’re clapping, you’re not even a part of this. You don’t understand the rules of the day. It’s women going out and getting saucy and then going home. You’re not a part. I don’t care if you’re gay. You don’t get a menses every 28 days,” said Williams, who was wearing pants, to a lot of applause by the way.

To be extra clear, she added, “You can do a lot that we do, but I get offended by the idea that we go through something you will never go through. And stop wearing our skirts and our heels. Just saying, girls, what do we have for ourselves? Looky here now, gay men, you’ll never be the women that we are. No matter how gay.”

Woah… did @WendyWilliams just say gay men need to stop wearing high heels & skirts ??? Crazy because a lot of Gay men & Trans men support her because SHE LOOKS ALOT LIKE THEM! I am a Straight woman & I was offended! Some shit you should KEEP TO YOURSELF ‼️🙄😒 pic.twitter.com/eiJX5C29Q3

Needless to say, the backlash was swift.

It was enough to get Williams to apologize. You know it was real because she put it on YouTube.

After apologizing to the LGBTQ+ community, she said, “I didn’t mean to hurt anyone’s feelings,” she said through crocodile tears. “I’m just having a conversation. If you know me long enough, then you know bon vivant, I don’t even know what that means, but it sounds fabulous. In my mind, it means live and let live. Bon vivant. And I live and let live every day.”

She added, “I’m 55 years old and maybe I sounded like your auntie, your mother, your big sister or somebody out of touch. I’m not out of touch except for perhaps yesterday by saying what I said. I deeply apologize and I deeply appreciate the support that I get from the community. I will do better.”

Do you believe Wendy Williams? Let us know what you think in the comments.