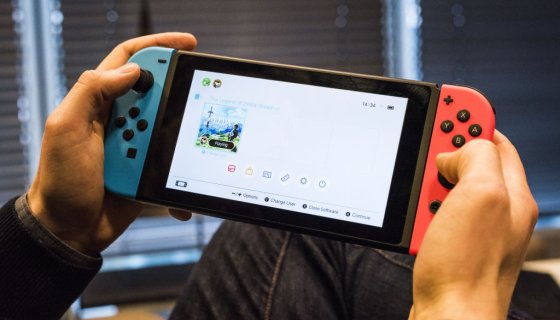 Rumors were running rampant of a new Nintendo Switch Pro model arriving sometime this year. Unfortunately, that will not be the case Nintendo’s president and CEO confirmed during a call with investors.

Back in January, predicted that the gaming giant would be dropping a pro model of its insanely popular hybrid console to compete with Sony’s and Microsoft’s .

“There is absolutely no doubt in my mind that Nintendo will launch a “Switch Pro” in 2020, my guess is at $399. More specifically, I predict 4K support, bigger cartridge sizes, and of course, beefed-up components. I also think the device will launch after the summer holidays to counter the roll-out of the PS5 and next-gen Xbox later in the year – along with a first-party, system-seller game.”

Nintendo’s head honcho, Shuntaro Furukawa, shut that all the way down, stating that the company is not dropping a new console this year and will continue to focus on the current Switch model.

“Regarding Nintendo Switch, we believe that it is important to continue to communicate the appeal of both Nintendo Switch systems and expand the installed base. Please note that we have no plans to launch a new Nintendo Switch model during 2020.”

Nintendo believes it has not maxed out sales of it’s current Nintendo Switch and the Switch Lite — which dropped back in September — and plan on addressing that.

“We feel that we have not yet fully communicated the special features and appeal of Nintendo Switch Lite, so we will continue to address this going forward.”

Bummer, but if there is any silver lining with this news, that doesn’t mean it’s not in the works, and Nintendo did confirm an Animal Crossing: New Horizons inspired Switch model arriving March 13. Plus, there is still the upgraded Switch model that features improved battery life that Nintendo snuck out as well the .