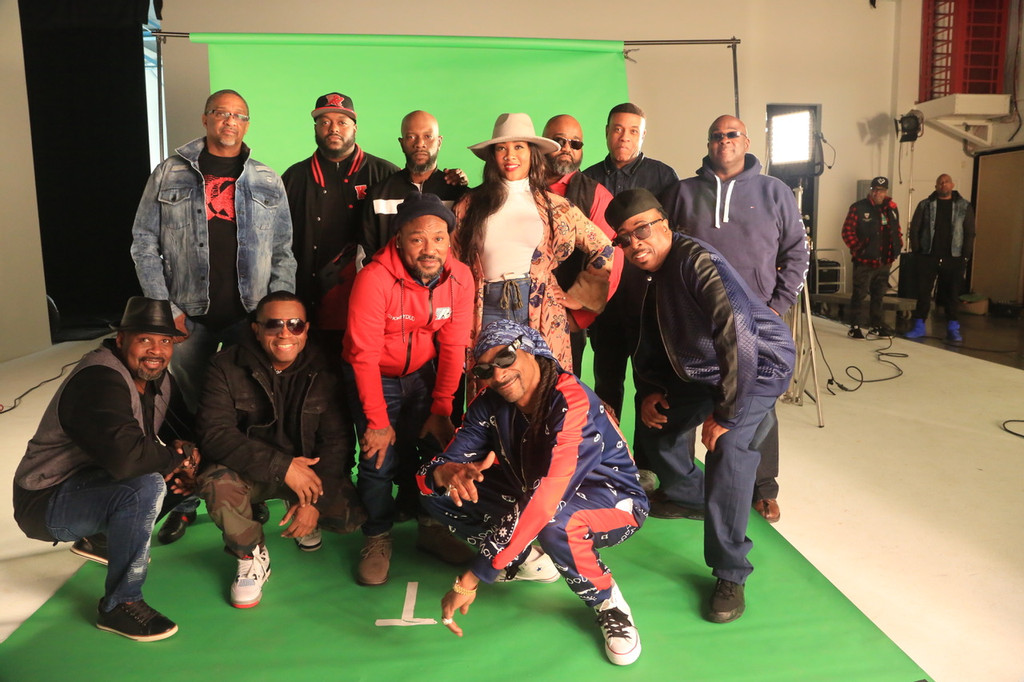 Dubbed “The Wickedest Band Alive” by Doug E. Fresh, Chocolate City Go-Go legends Rare Essence have been doing their thing for 45 years and counting. Like the late Chuck Brown, Black Heat, the Young Senators, and other stalwarts of Go-Go, the musical subgenre that was officially designated Washington D.C.’s “sound of the city” earlier this year, Rare Essence made their name with marathon live shows featuring funky percussion, hella cowbell, and lots of call-and-response vamping to keeps the dance floor percolating till the break of dawn. Along the way, Rare Essence appeared as Aretha Franklin’s backing band in her “Jimmy Lee” music video and hit the charts with their 1992 single “Work the Walls.” They’ve also collaborated with a host of hip-hop superheroes including Public Enemy, LL Cool J, and Biz Markie, not to mention D.C. native Wale.

“I approached them like they approached me,” Snoop recalled. “I want them to know that I love their music and I love what they stood for and the feeling was mutual. That’s why we went right in. It wasn’t no management or none of that shit. We just basically made it happen. It was like, What’s happenin’? Where y’all at? Where I need to be? Around the alley? Around the corner? OK, I’ll pull up.”

“Having a hip-hop icon like Snoop Dogg on a song is definitely one of the highlights of our career,” said Andre “Whiteboy” Johnson, who co-founded Rare Essence when he was an 11-year-old student at St. Thomas More elementary school in SouthEast Washington. “A lot of bands don’t make it to a milestone such as 45 years and to have a song released with Snoop makes this year that much cooler.”

Today NUEVO proudly premieres the result of their collaboration, “Hit The Floor,” on which Snoop jokes about pissing on the White House lawn. (Take that Donald!) The track was produced by Chucky Thompson, whose credits include Craig Mack’s “Flava in Ya Ear,” Notorious B.I.G.’s “Big Poppa,” Faith Evans’ “Soon As I Get Home,” and “One Mic” by Nas. “This has been one of my favorite bands from the beginning,” he says. “So this is like a dream come true for me.”

During a Black History Month performance earlier this year at Washington D.C.’s Kennedy Center, Rare Essence member Jas. Funk revealed that Go-Go music was named after the venues that the bands used to play in. “Just like Smokey Robinson said back in the day.” While Go-Go is most definitely a Black music form, the influence of Latin percussion is undeniable. “Music is universal,” says Jas. Funk. “[Go-Go] started in the black culture and it kept neighborhoods combined. Just like in the ’60s in the Civil Rights era. It was something that kept us bonded together even though they was trying to break it up.”

“Go-Go is one of the greatest forms of music ever created and I’ve always been a fan of it,” Snoop adds. “So anytime I can become a part of it and connect the dots and put my voice on it and lend my spirit and my awareness to it, I’ve always been down with it… I’m honored to be a part of this.“