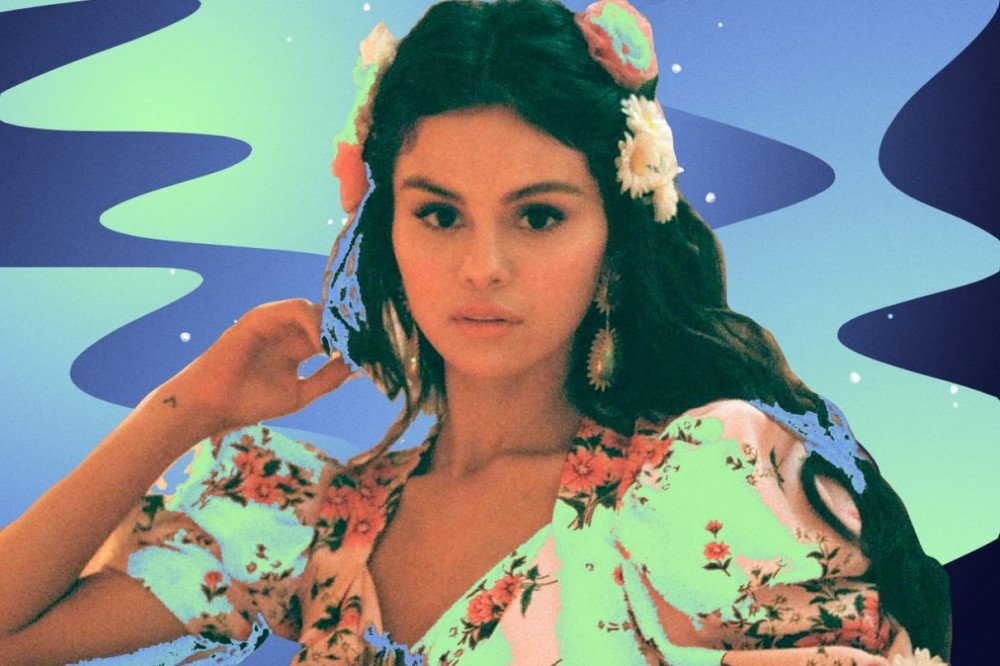 “De Una Vez” marks Gomez’s return to Latin music after she sang a bit of Spanish on DJ Snake’s 2018 smash “Taki Taki” with Ozuna and Cardi B. The following year, she was featured on Tainy’s “I Can’t Get Enough” with J Balvin and Benny Blanco. This time, she’s going it alone with her latest release.

“I am incredibly proud of my Latin background,” Gomez said in a statement. “It felt empowering to sing in Spanish again and ‘De Una Vez’ is such a beautiful anthem.” Gomez regrouped with Tainy, who produced “De Una Vez” with his NEON16 collective. She co-wrote the song with the Puerto Rican hitmaker and rising stars Elena Rose and Kris Floyd.

Like Tainy’s recent productions, this is an atmospheric reggaetón bop. In Spanish, Gomez details finding her strength in overcoming heartbreak. She shines on the sunny chorus, singing, “Soy más fuerte sola.” For her first original release in Spanish (that’s not a translation of a previous hit), Gomez makes a promising debut.

The music video for “De Una Vez” was directed by Los Pérez, the duo of Tania Verduzco and Adrián Pérez. Gomez’s open and glowing heart leads to some supernatural destruction around her. Guillermo del Toro would be proud of the magical effects in this captivating visual. The video closes with the message: “Baila Conmigo…”

Like she did with the promotions for her Rare album and the back-to-back launch of “Lose You to Love Me” and “Look at Her Now,” Gomez’s “Baila Conmigo” could be arriving anytime now. And if that logic holds true, expect “Baila” to be more turned-up than “De Una Vez.”