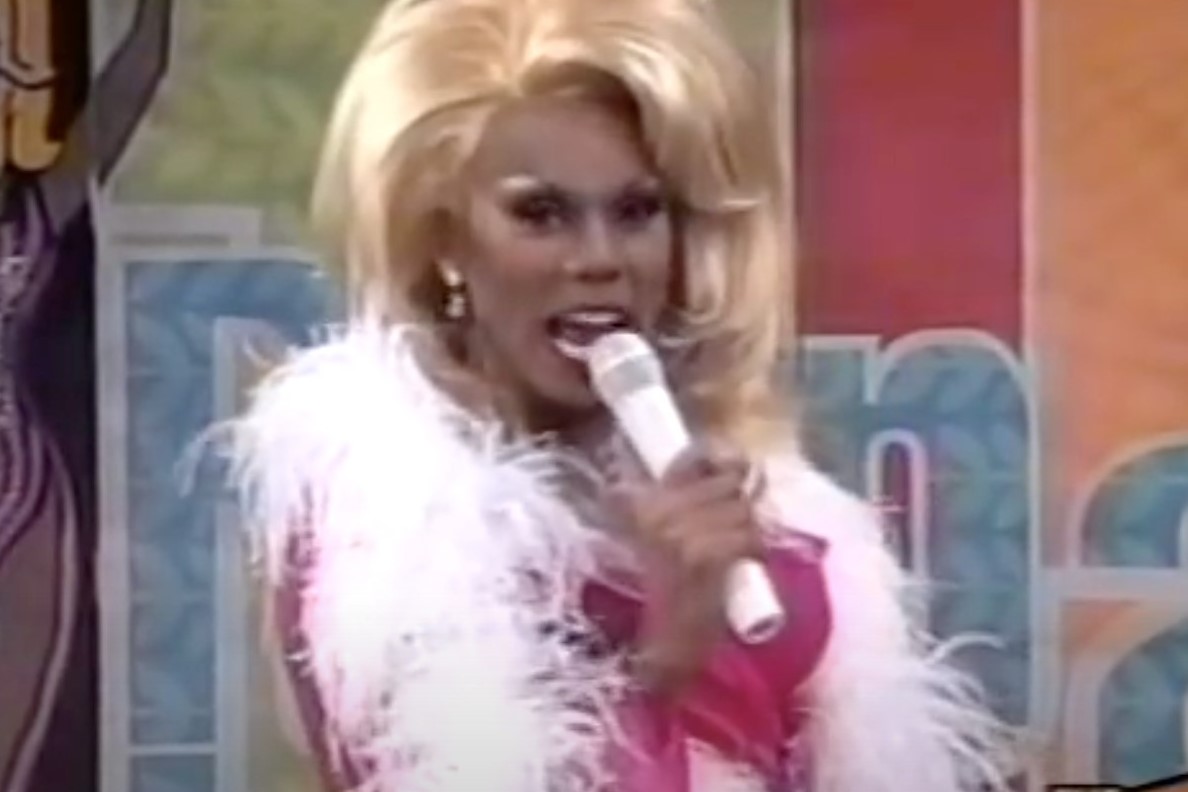 It’s been four years since her first VH1 Christmas special, and RuPaul has become a complete bitch. Forced by the network to film another festive show to pay for the mortgage on her Malibu house, a young Miss Ru storms around the studio complaining about everything: where TF is her poodle? Why is this camera in her face? Why can’t Michelle Visage give her the respect she deserves?

When she’s done complaining – albeit briefly – the queen plasters a smile across her face to host her classic talk show segment. First up, she makes Christmas cake with Debi Mazar, who only moments before she’d been feuding with backstage because she stole her look. Next up is a conversation on weight loss with Suzanne Somers – on the couch to talk about her new diet book “Eat Great, Lose Weight”, an incredibly 90s relic. Later En Vogue rock up: in the studio to sing “Silent Night” and talk about Christmas in Texas, the group briefly confuse Ru as she mistakes them for the Spice Girls.

But backstage four VH1 execs are watching on — “I can’t tell who’s a man or a woman anymore” and “it’s all a little gay” – cutting in to the main show. It’s a smart move from a nineties Ru: using her space on the network to call out, with humour of course, the way queens, queers, and people of colour are pushed out on TV and paraded. Ru, quite obviously, gives it back – stomping backstage to the soundtrack of “Mr Grinch”. Michelle Visage is her co-host, and she’s fuming – making calls to her agent, complaining that she can’t cope with RuPaul’s attitude.

It’s not until the end when Ru is smacked in the face with a camera – her wig flies, her heels fly – that she wakes up to reveal her being a complete diva was all a dream. “And you were there, and you were there, and Auntie Em, and Uncle Remus” she declares, getting into the festive spirit for a very 90s chorus finale that truly is much, much camper than Christmas. Watch it for yourself below.