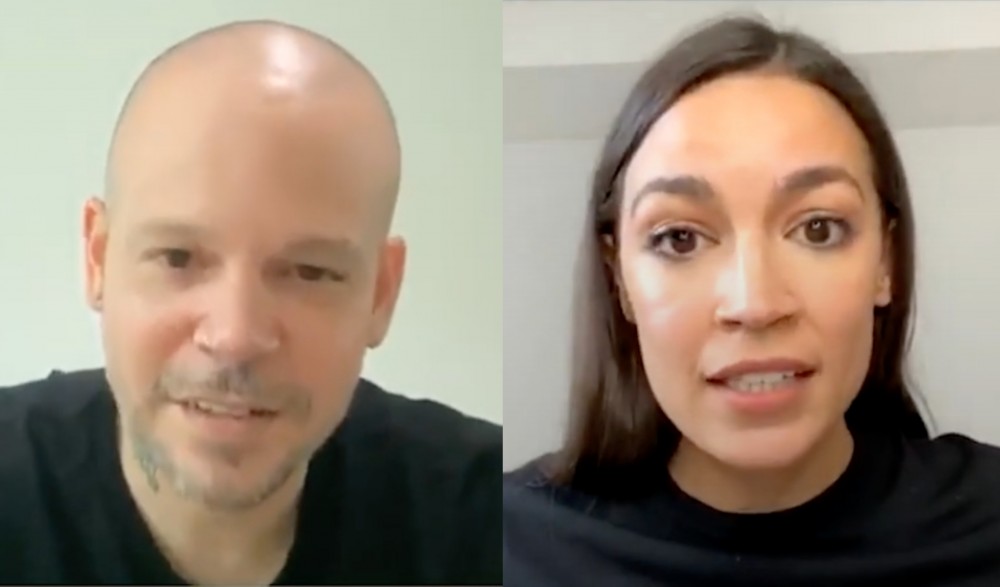 As the COVID-19 pandemic continues to force citizens to remain in their homes, the enterprising Puerto Rican rapper-activist Residente has begun broadcasting weekly Instagram Live discussions with world leaders.

In the interest of educating and connecting with listeners from across Latin America, previous broadcasts have featured Nayib Bukele, resident of El Salvador, as well as Alberto Fernández, president of Argentina and José “Pepe” Mujica, former President of Uruguay.

On Monday night, the MC hosted a video chat with Alexandria Ocasio-Cortez, representative of New York’s 14th district, to discuss some of the most pressing issues facing Puerto Ricans, and more broadly, Latinos, immigrants and people of color in the United States.”She stands up for all Latino Americans in the United States,” Residente told his viewers in Spanish. “So [let’s] get to know her a little more.”

In both English and Spanish, the two parsed through many issues in a 37-minute broadcast, including but not limited to: combating the spread of COVID-19, Puerto Rican politics, Joe Biden and the Democrats’ strategy to defeat Trump in November.

20 Best Dramatic Duets of All Time

“What we’re seeing with coronavirus is that it is amplifying all the injustices we already had,” Ocasio-Cortez told Residente. Although born to a Puerto Rican family in the Bronx, she drives home her affinity with Puerto Ricans living on the island;  in a recent interview for Rolling Stone‘s Climate Issue, the congresswoman said that she lost her grandfather during Hurricane María.

“When it comes to Puerto Rico, [the pandemic] has only amplified the injustices of the colonial status of the island,” she adds. “If Puerto Rico did not have a second-class relationship with the larger United States, we would be able to have more control over our island’s policies, either directly or indirectly through control over our finances, which we know La Junta [an Obama-appointed fiscal oversight board] takes much of that power away.”

Residente’s use of music as a platform for human rights advocacy has been highlighted in campaigns by UNICEF and Amnesty International. In 2015, he received the Nobel Peace Summit Award for his commitment to expanding education access and the rights of indigenous peoples. He is currently at work on the follow-up to his 2017 solo debut, Residente.