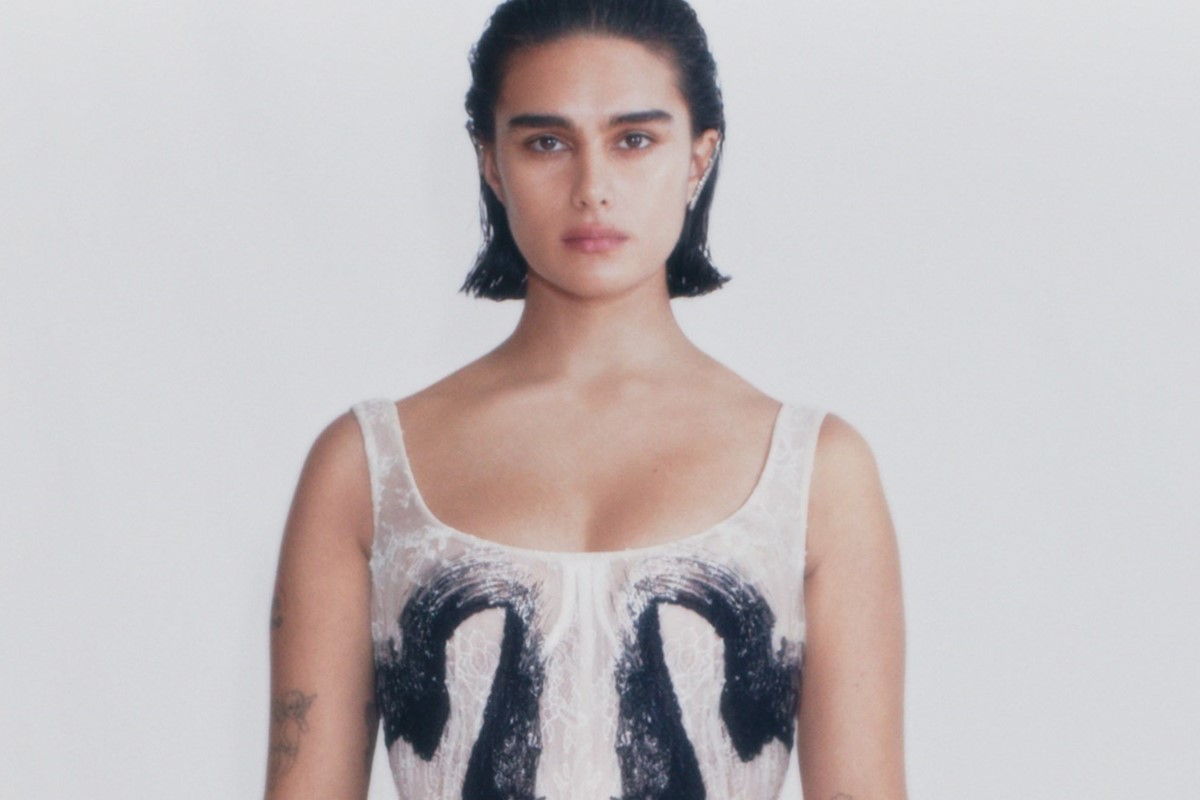 Telling the story of coming back home to London – after a lengthy period in Paris – today, Alexander McQueen drops new film First Light.

Showcasing the brand’s SS21 collection, the short is directed by neo-noir British filmmaker Jonathan Glazer – aka the brains behind murky cult classic Under The Skin – and sees models hanging out around the banks of the Thames in black leather trousers and moto jackets, voluminous trench coats, lace corsets, sleek suiting, and tulle skirts.

Standout moments include one model slyly stealing another’s McQueen cardholder while they kiss on the shore, a model ruining her pristine white gown by laying in a puddle of mud, and an eerily intense, socially-distanced picnic – a true 2020 mood.

According to the fashion house’s creative director, Sarah Burton, the film is about, “Shape, silhouette, and volume. The bones of clothing stripped back to its essence – a world charged with emotions and human connection.”

Collection aside, we’re hoping Burton took inspo from past fashion moments where celebs took infamous dips into the Thames’ murky waters on film – perhaps Kate Moss getting pushed off a balcony into the water in the 2016 Absolutely Fabulous film? Or maybe the Spice Girls falling off a boat into the river in their 1997 film Spice World – resulting in Victoria Beckham shouting, “This dress is dry clean only, Melanie!” after ruining her look. Either way, we’re here for it.

Check out the film below.