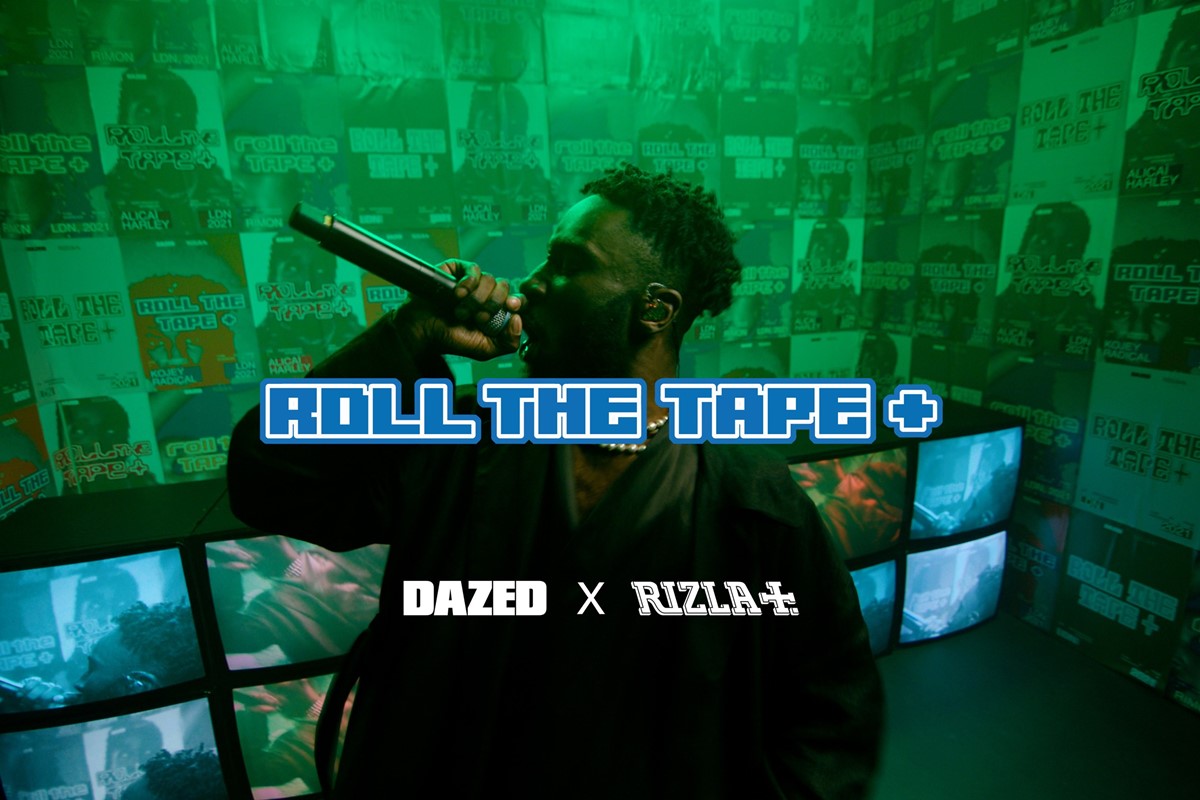 The multi-faceted, hugely talented London artist came by the studio to perform his new single for ‘Roll The Tape’

Kojey Radical says he’s made around 200 songs for his hotly-anticipated new album. With his fans desperate for the full-length drop, Kojey’s appeased them with a new single called “Woohaa”, produced by The Fanatix.

As part of ‘Roll The Tape’, Dazed and Rizla’s performance and interview series supporting next-generation artists after a difficult year for the industry, the East London-born artist dropped by the studio. Delivering a high-octane version of “Woohaa”, Radical clambered all over TV sets, dressed in his typically gothic get up for enegerctic performance.

After the show we sat down to talk about the process of making a record mid-pandemic, how fatherhood has changed him, and what greatness means to him.

Check out the performance and interview below, along with the full-length interview available as a podcast and clips available on the @dazed and @rizlaglobal social channels.

Britney Spears addresses her social media use after conservatorship hearing