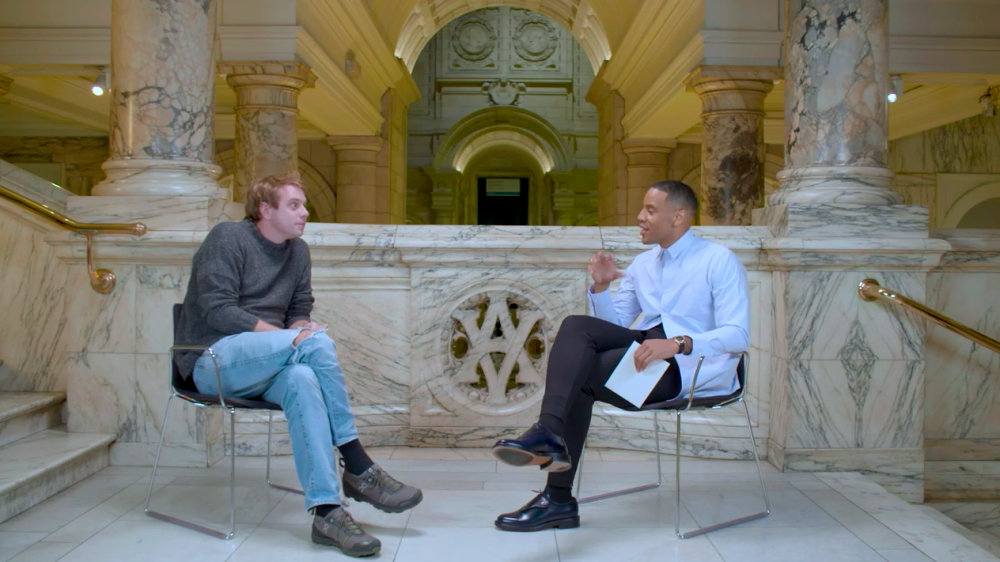 Jonathan Anderson, creative director of Loewe and JW Anderson, has become one of the most influential designers of his generation by putting design at the intersection of fashion and culture. So it only makes sense that he would choose the Victoria and Albert Museum, one of London’s most storied cultural institutions, as the backdrop for his appearance at this year’s Forces of Fashion conference. As Anderson puts it quite succinctly, “I don’t work for a fashion brand, I work for a cultural brand.”

Over the course of his conversation with British actor and presenter Reggie Yates, Anderson unpacks the unorthodox nature of his creative process, and expounds on what it means to work with some of his creative heroes—the likes of celebrated British artists Gilbert and George and, more recently, American ceramicist Ken Price. For this designer, collaboration is very much “a learning tool.”

Anderson opens up about his experiences growing up amid the troubles in Northern Ireland in the 1980s and 1990s, talking candidly about the role that conflict and confrontation has played in his work and life. Part of a new guard of millennial creatives, he understands the importance of disruption and speaks on how we can radically redefine the notion of luxury.