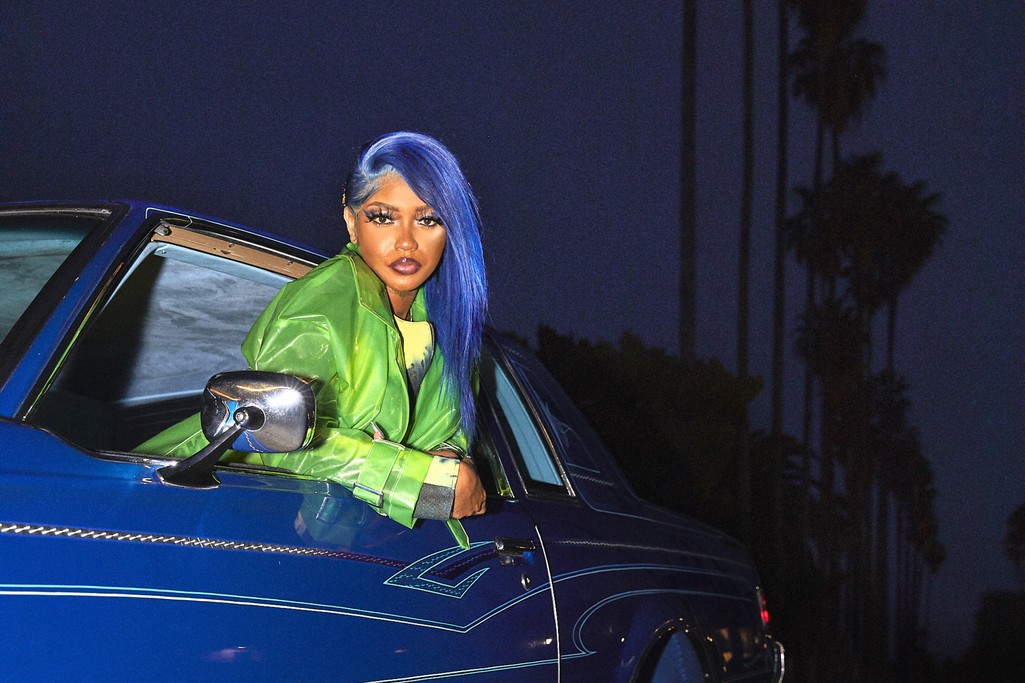 2020 will not go down as the easiest year in history, but Jada Kingdom has made the best of a tough situation. “It’s been a difficult year for everybody,” she says, “but I have channeled all my energy into being creative.”

The Jamaican recording artist and fashion designer can look back over a year of successes, from her mixtape E-Syde Queen: The Twinkle Playlist to features on Popcaan’s red-hot Yiy Change Fixtape and Vybz Kartel’s soul-baring To Tanisha project. Back in August, we premiered the music video for “Budum,” her first single for Diplo’s Mad Decent label, and watched her career launch to another level. She recently graced the cover of Tidal’s 2020 Reggae & Dancehall Rising playlist. And today, she wraps the year up with a brand new music video, “Green Dreams.”

Produced by Bocci, D.O. Speaks, and Street Symphony, the catchy new song is all about getting to the paper. “The video really reflects who I am,” says Jada. “A go-getter, putting in non-stop work and hustling to get where I want to be. I had a lot of fun shooting it in LA and I hope everyone loves the level of creativity we brought with it. Everything about the project is another angle from Twinkle as I always like to push boundaries.”

“Money haffi mek,” Jada sings on the song, showing another side of her versatile sound—a unique blend of soul, R&B, and dancehall. “I’m still tryin’ to figure it out,” Jada replied when Reshma B asked her to describe her musical style. “I know what the sound is, but I don’t know what to call it. I might just create my own genre or something.”

Check out the new Reggie-directed video up top and check the Boomshots interview with Jada below: