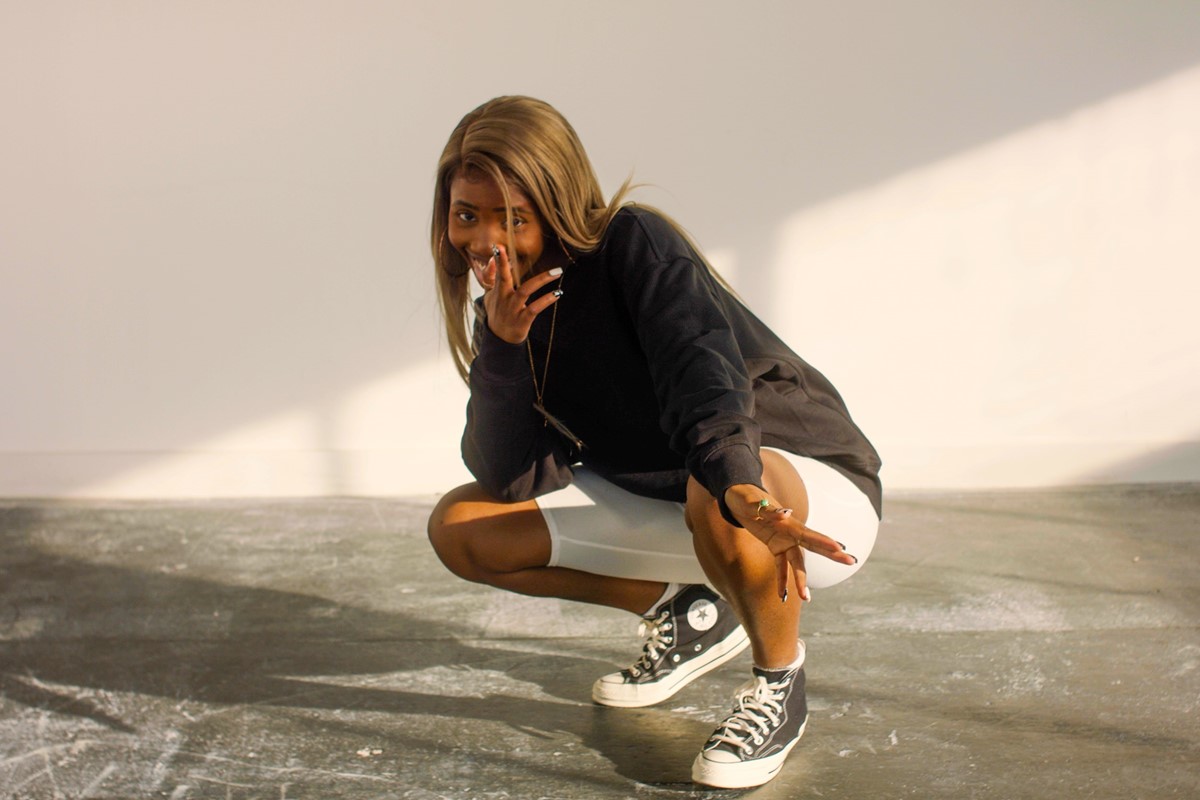 In the fourth and final installment of our series introducing the 2020 Dazed 100 Ideas Fund recipients, we go behind the scenes with London DJ, presenter and content creator Henrie Kwushue and the crew she hired to work on her upcoming short film series, ‘Untold Stories’. Previously we took a watering tour of DJ Freedem’s plant filled Brooklyn apartment, caught Ella Snyder on set with trans model and nightlife icon Connie Girl, and visited the front rooms of people affected by COVID-19 with photographer Alfie White.

25-year-old Henrie burst onto the scene in early 2020 with her self-shot viral web series Is Your Area Changing?, a candid look at the effects of gentrification in three of London’s most affected boroughs: Brixton, Peckham, and Dalston. Selected as one of the 2020 Dazed 100 fund recipients, Henrie’s next project is a short docu-series titled Untold Stories, for which she has hired a diverse crew of creatives who might otherwise have experienced the same marginalisation Henrie faced when starting her career in the film and TV industry.

“My community is cool, diverse – I love the fact that I’m around loads of different people – and super, super, super talented,” Henrie says in this behind-the-scenes film. “Being able to employ people from different backgrounds, from marginalised backgrounds that probably wouldn’t have been able to get their foot in the door (brings) just so many levels of happiness!

On her selection as one of the four Dazed 100 fund recipients, Henrie says, “to get the grant from Dazed and Converse, it feels absolutely incredible… I don’t know how I’d have been able to implement my ideas otherwise. The fact that people voted means people do believe in the idea, and believe in what I can put forwards.” Watch the full film above, and then find out how to follow in Henrie’s footsteps with her latest Dazed feature on how to set up your own production company.