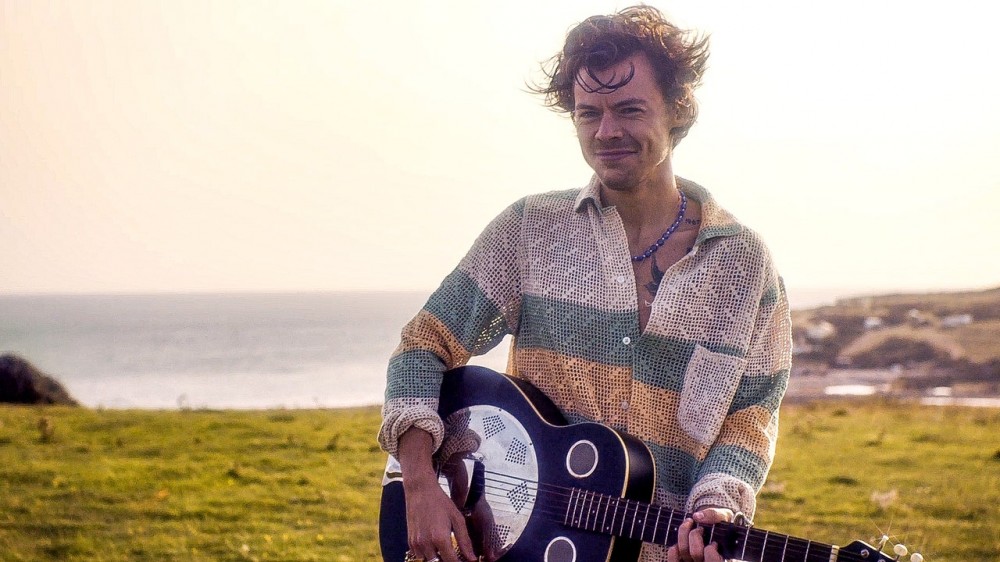 Harry Styles is our December cover star, and Vogue is taking you behind the scenes of the fashion-filled photo shoot, which was shot on location at the Seven Sisters cliffs in Sussex, England. Directed by Lillie Eiger, the new cover video sees Styles perform an impromptu acoustic rendition of “Cherry”—a song from his sophomore album, 2019’s Fine Line—while armed with his Fender acoustic, a lacy Bode shirt, and Eliou necklace.

The global superstar was profiled for the issue by Hamish Bowles, photographed by Tyler Mitchell, and styled by Camilla Nickerson. In the story, the musician opened up on experimenting with fashion, navigating this difficult year, and how he found his sound as a solo artist post–One Direction. “I think the typical thing is to come out of a band like that and almost feel like you have to apologize for being in it. But I loved my time in it,” Styles told Bowles. “I think with the second album [Fine Line], I let go of the fear of getting it wrong, and…it was really joyous and really free. I think with music, it’s so important to evolve—and that extends to clothes and videos and all that stuff.”

In the dreamy, picturesque cover video, Styles is seen wearing an array of genderless looks that certainly plays up his willingness to play with fashion. He sports a lace-trimmed Gucci gown, a Comme des Garçons Homme Plus kilt suit, Bode pants, and other striking pieces. In between shots, Styles strummed his guitar on set while taking in the soothing seaside setting—at one point he shared a quick embrace with his sister Gemma Styles, who was also a part of the shoot, dressed in a Chopova Lowena dress. At the end of his special “Cherry” performance, Styles declared, “Thank you, fashion!” No, Harry—thank you.

Above, watch the behind-the-scenes video.