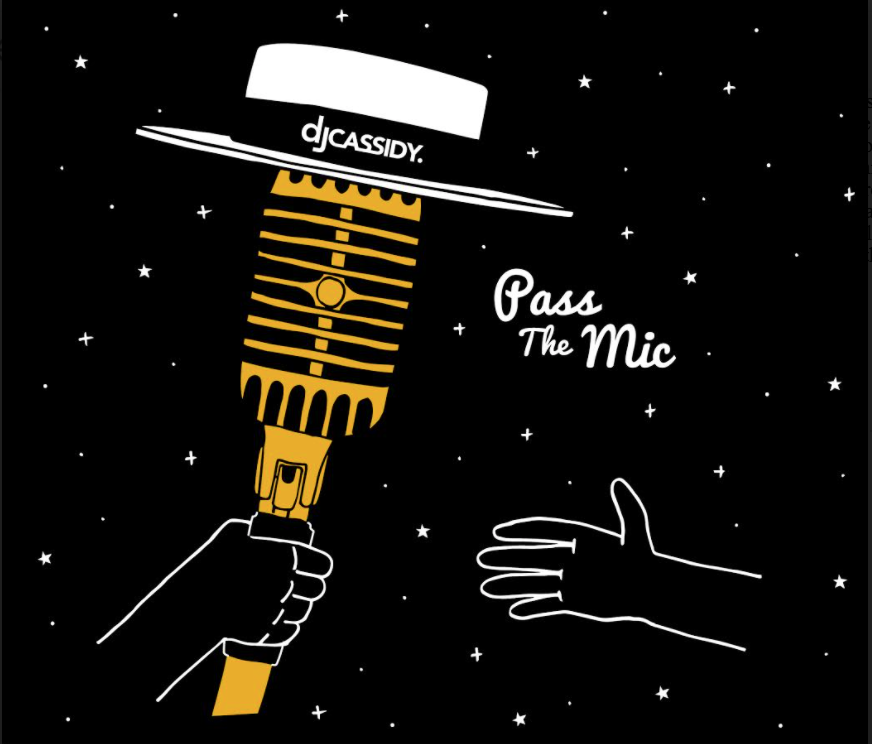 When we think of good times from back in the day, it’s usually with some type of musical soundtrack that accompanies the action we think of fondly. Another layer to those scenes are usually the songs from the legendary artists that celebrity mixmaster, DJ Cassidy has on speed dial and in his new digital music show, Pass The Mic.

From the golden era to now, the likes of Earth, Wind & Fire, Jeff Red, Patrice Rushen, Ricky Bell & Bobby Brown of New Edition and many more, take turns passing the mic virtually over an impeccably timed mixed version DJ set by Cassidy, all from the comfort of their homes.

Having secured the social platform Twitch (https://www.twitch.tv/djcassidy) for the debut run on Thursday (July 2) to the huge success of over 20k viewers, Cassidy reposted the 24-minute soul session in full through his Instagram TV (watch below).

DJ Cassidy explains the idea and inspiration for the program:

“This week is my birthday week, and since I’ve been known to celebrate by uniting my friends in droves and surprising them with legendary performances by iconic artists, I wanted to find a way to revisit that tradition in light of the times. One evening, during the heat of the quarantine, I FaceTimed with my dear friend and mentor, Verdine White of Earth Wind & Fire. While we were catching up, his classic record, ‘That’s The Way Of The World,’ came on my speakers. Hearing that song, while on the phone with Verdine, put a smile on my face and brought me some much needed calm. I thought about how fortunate I was to have friendships with many of my heroes and how lucky I was to be able to enjoy their music in their company.

I wondered if I could find a way to share that special feeling with others, so I sat at my turntables in my living room and began Zooming with my musical heroes of 1970s and 1980s, literally passing the mic from one home to the next, in effort to honor and uplift the heroes around the world on the frontlines of health, freedom, and justice. The result is PASS THE MIC.

I hope this virtual mix moves others as much as it has moved me. I am forever grateful to my musical heroes for their decades of hope, inspiration, and soul, and with them, I celebrate all the heroes around the world.”

Overwhelming love for the project has Cassidy already looking at version two sooner than later. Be on the look out for more live home performances from our music icons and DJ Cassidy.