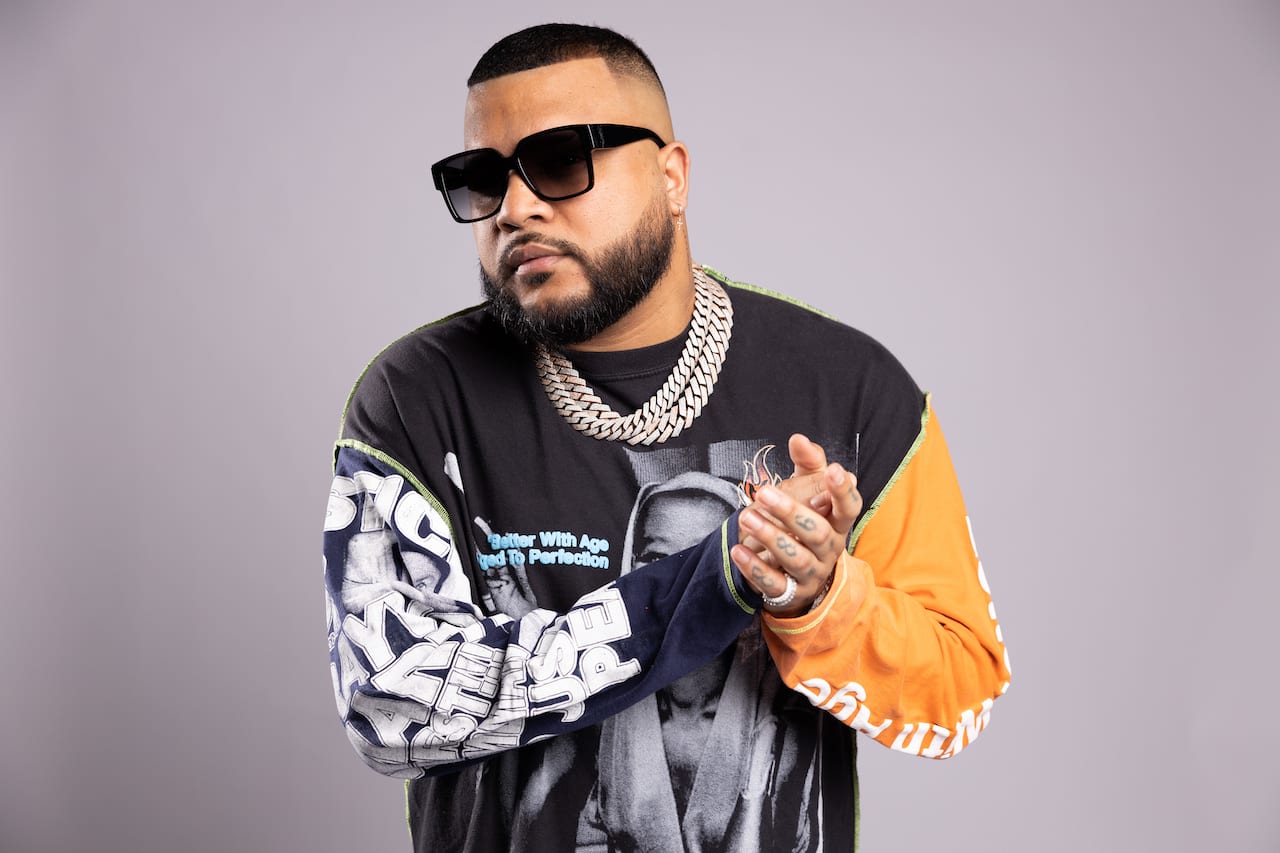 The Panamanian DJ and record producer Dímelo Flow constantly elevates his production game. For his latest since, he teamed up with Reik, Jay Wheeler, and Boza on the collaboration “Winnie Pooh,” part of his much-awaited album Always Dream, out soon via Rich Music.

In the Joel de Leon “JD”-directed music video, we start by seeing nostalgic memories through photos of Dímelo Flow’s colleagues on a wall. The second scene takes us to a black-and-white scenery, where Reik’s melancholic vocals introduce a grim emotion from the get-go, on par with lyrics talking about the struggles of keeping a now lost lover. During the music video, we go back and forth between the three artists singing in black-and-white shots and the storyline featured in color. One of the storylines follows a woman being comforted by her friends after a presumed breakup, while another shows another woman leaving her partner.

The song’s lyrics describe a heart-wrenching situation with its catchy chorus: “Hoy brindo por todo lo que hiciste, por las clases de cabrón que me diste [Today I toast for everything you did, for the lessons on how to be a bastard that you gave me.]” Not only do we see emotion encapsulated through the music video, but we also hear it in the three vocalists’ lyrics, going back and forth on deciding whether or not it feels good to be without their past lover. At the end of the track, they agree on raising a toast to overcoming toxic relationships.

“Winnie Pooh” comes after “Suelta,” Dímelo Flow’s collaboration with Rauw Alejandro, Farruko, Maria Becerra, Mr. Vegas, and Fatman Scoop. These singles will be part of his upcoming album, which is also rumored to include collaborations with artists like Justin Quiles, Izaak, Totoy El Frío, Amarion, and Chris Marshall. While these artists are yet to be confirmed, we can already tell Always Dream will be a hit based on “Winnie Pooh” alone.