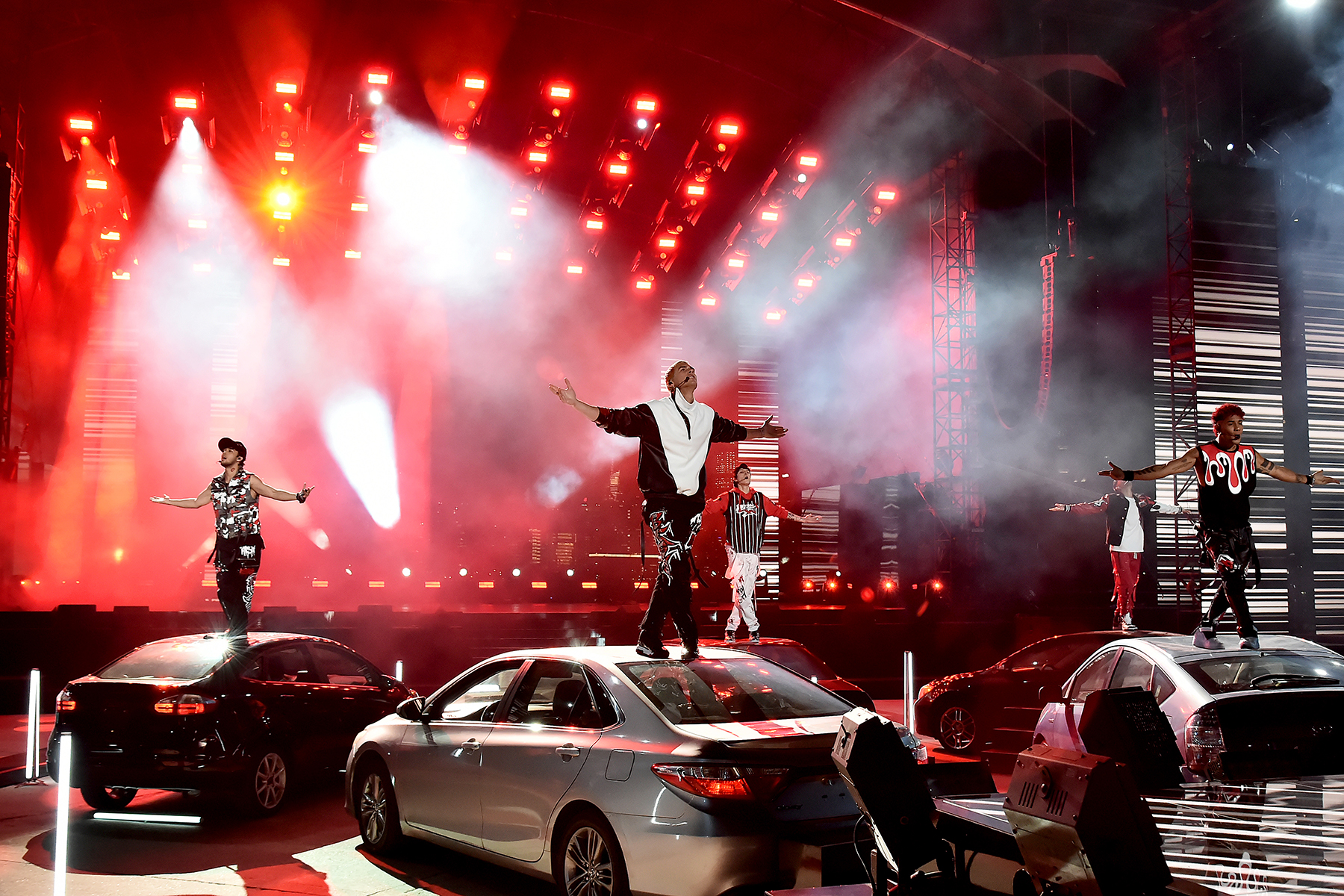 CNCO performed “Beso” at the MTV Video Music Awards on Sunday, a new song they surprise-released on Thursday.

In what marks the boy band’s debut performance at the ceremony, the five-piece group performed at MTV’s drive-in concert setup in Greenpoint, Brooklyn, along the East River. Members Joel Pimental, Richard Camacho, Erick Brian Colón, Christopher Vélez and Zabdiel De Jesús began their rendition of “Beso” amongst the cars, before working their way to the stage and unleashing their dance moves in front of the main platform. As they made their way to the smaller center stage, fireworks shot up into the New York night sky, and CNCO ended the performance by each dancing on top of a parked vehicle.

Prior to the VMAs, CNCO performed at the Premios Tu Música Urbano in March, where they were picked as the Top Duo/Group. Last year, they released their breakthrough EP, Que Quiénes Somos. “We’re [a] boy band that has different cultures, different nationalities,” Camaco told Nuevo Culture, “so I think that has an effect on a lot of our fans because everybody can relate.”